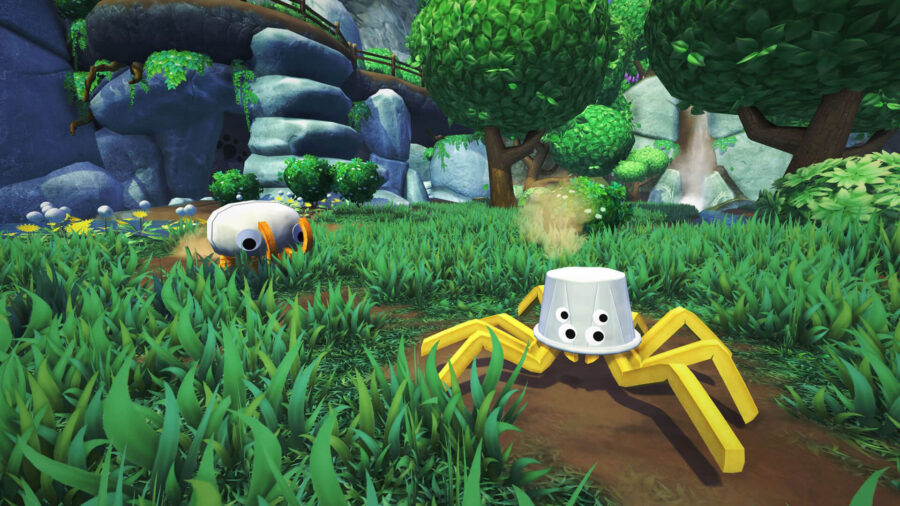 What is Bugsnax? That is a deep and philosophical question, and at this present time, not much is known about the whacky, zany but terrifying game known as Bugsnax. We know that you are on an island called Snaktooth Island, which is home to the hybrid bugs, which are half food half bug. Or in other words, the bugs look like food and probably taste like food too. They are over 100 of these bugs to capture and to eh eat, but as the slogan of the game says, You Are What You Eat. What does this even mean?!?

Though it hasn't been officially confirmed, there is no multiplayer or coop in Bugsnax. From the footage everyone has seen, it very much looks like a single-player only title, and based on the Epic Games Store page and the PSN store page, it does not mention multiplayer. However, it does not mention single-player either, but that is a given from the vibe of the trailers, etc.

Both pages seem to have out of date information regarding Bugsnax, as you still cannot pre-order the title on PSN yet; still, Young Horses are an indie developer, we don't see multiplayer coming to Bugsnax. Maybe if the game sells well, as it's a very unique and niche title, they might incorporate some form of multiplayer or coop into the game at a later date. Or they might even save it for DLC or a sequel later on down the line.

We know that people were semi hoping for an Animal Crossing type multiplayer experience, where it's placebo multiplayer, that you can't overly do much together, but because you can see each other and do limited things, it's a good experience all round. Though not much is known about Bugsnax at this time, even though the release date is November 12th, and it's a launch title for the next-generation console, the PlayStation 5.