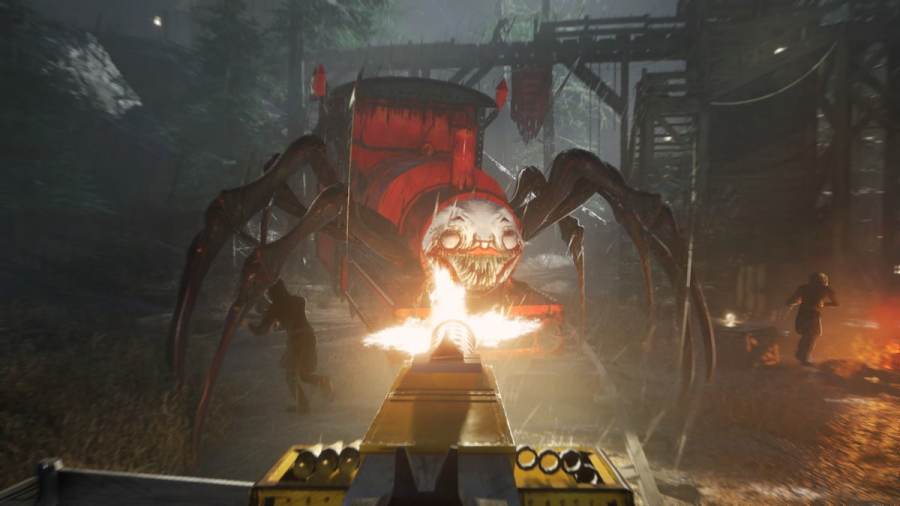 Choo Choo Charles is more than just an open-world survival game, it's also a horrifyingly interesting game where you try to destroy a spider train hybrid. We've got the breakdown of what platforms you can enjoy it on, whether or not it is multiplayer, and even the exciting trailer!

Does Choo Choo Charles have multiplayer?

Currently, Choo Choo Charles can only be played as a single-player game. As far as the developer, Two Star Games, has announced no current plans to make the game available in a multiplayer format. Due to the nature of Choo Choo Charles, it could work as a multiplayer game since we could imagine larger parties working together to fend off Charles. This will all be up to the developer, though.

What platforms is Choo Choo Charles available on?

As of Dec. 2022, Choo Choo Charles is only available on PC. Two Star Games, the developer, has mentioned the possibility of bringing the game to other platforms in the future. But the plans are underdeveloped and there is nothing concrete in the way of expanding Choo Choo Charles. The game can be played on Steam.

Related: Can you arm yourself in Choo-Choo Charles?

What is Choo Choo Charles about?

Choo Choo Charles is a unique open-world survival horror game where you are challenged to gradually improve your train build. Improving this train setup makes you more effective at taking down the demonic titular spider train, Charles. While going through these motions, try to avoid being killed by Charles, who is always hunting you.

Want to read more about Choo Choo Charles? If so, check out How do you complete Bould Field Pages in Choo-Choo Charles? on Pro Game Guides.

What is Choo Choo Charles? Trailer, Multiplayer, Platforms, and more