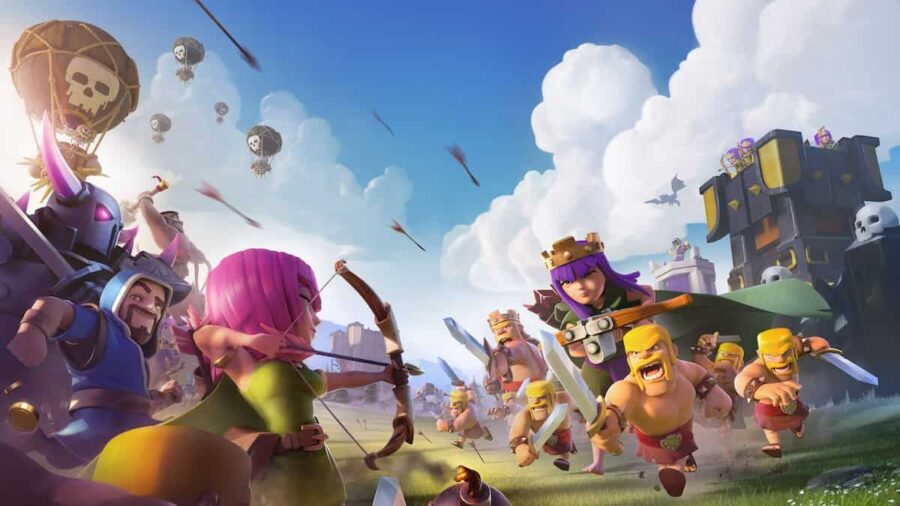 In Clash Of Clans, reaching Town Hall 11 gives players access to various new troops and spells, making it easier to three-star an opponent's bases. Players can expect opponent base layouts to be complicated at Town Hall 11, as a few new defensive units are added for protection. Therefore, the target for any Town Hall 11 attack strategy should include destroying the opponent's Eagle Artillery, Archer Queen, and Inferno Towers quickly.

LavaLoon is one of the basic techniques that players learn in Town Hall 10, and Queen Charge is a similar strategy that requires immense practice. In Town Hall 11, players can combine both of these strategies into one and use it effectively to three-star any base. It is ideal to have your heroes at the highest level for this technique, as they play a massive part in creating a funnel to deploy remaining troops. While attacking any base with this composition, players need to target the opponent's Air Defenses, Eagle Artillery, Queen, and Clan Castle troops.

Start by clearing one-third of the base with a Queen Charge supported by healers, and Super Wallbreakers. Make sure your Queen funnels into the center of the base, while the king clears the other side. Start from a side where you can destroy multiple Air Defenses, and deploy the Lava Hounds on the rest. The Balloons are to be strategically deployed at opponents' defenses while the Lava Hounds tank the damage. With the proper funneling and deployment technique, the Queen Charge LavaLoon stands as the best attack in Town Hall 11.

Related: How to transfer Clash of Clans data from Android to iOS/iPhone

The Zap Witch strategy is one of the best ground attacks in Town Hall 11, and it's simple enough to execute. Players who have previous experience of using Witches and Golems together in TH9, and TH10 will thrive with this strategy. The idea is to use the Golems as tanks, while the bulk of your force moves in. Create effective funnels on either side of the base with minimal troops to focus the attack on the core of the opponent's base.

As for the Siege Machine, players can either use a Log Launcher, or a Wall Wrecker, with this army composition. The Lightning and Earthquake Spells are used to destroy the Inferno Towers, while the Freeze Spell will hold the Eagle Artillery for long enough. Make sure to use the Freeze Spell while the bulk of your army takes charge of the center. Drop the Poison Spell for defeating the enemy Clan Castle Troops. This strategy is ideal for asymmetrical bases with complex designs as Witches clear the flanks, while the main army hits the core.

Electro Dragons are always a safe option for players preferring the aerial route for Town Hall 11 attacks. Knowing how to create a funnel to send the Dragons to the center of the base is the basic essence of aerial attacks. For this strategy, players will need to create a funnel on either side of the base with the Archer Queen, Barbarian King, and a Baby Dragon.

Electro Dragons build on their chain damage and are ideal for bases with a compact design. Use the Stone Slammer to rip apart the base while the Electro Dragons take charge of the opponent's Archer Queen, Inferno Towers, and Clan Castle Troops. The Freeze Spells are to stop the enemy's Inferno Towers, while the Poison Spell will destroy the Clan Castle troops. Deploy the Balloons only on targets that are fixated on your Electro Dragons. This technique will easily clear up Archer and Wizard Towers located on the flanks.