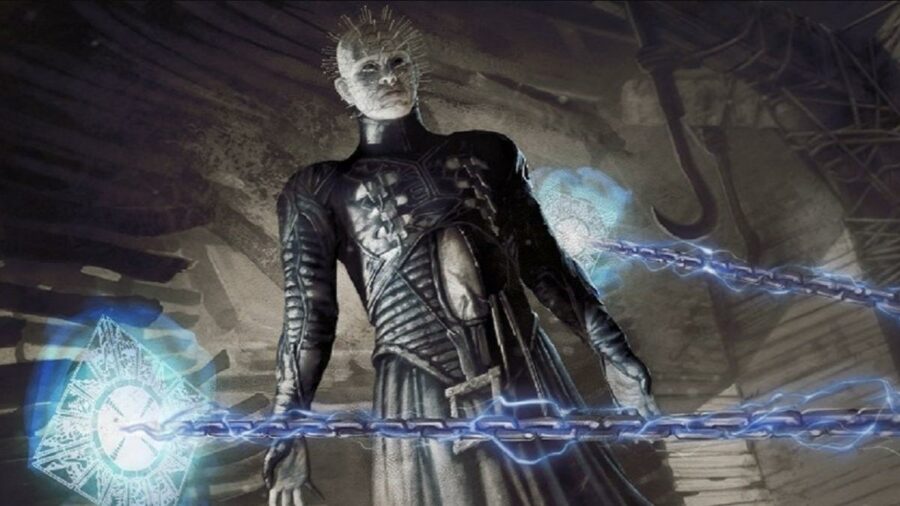 As a surprise for fans of the series, Dead by Daylight development company Behaviour Interactive has revealed that the next chapter of Dead by Daylight will feature Pinhead from the hit horror series Hellraiser. In the guide below, we cover everything there is to know about Pinhead, this chapter's terrifying new Killer.

Like all Killers in Dead by Daylight, Pinhead brings his own special brew of torture with his special abilities and perks. He has two special abilities: Summons of Pain and Lament Configuration, both of which are explained below.

This ability allows The Cenobite (Pinhead) to summon forth a chain from a gateway that he created. This is a possessed chain that the player can guide towards a Survivor to ensnare them. Once trapped, a Survivor's speed is slowed, they receive the Incapacited status effect, and they cannot leave through the Exit Gates. Pinhead can summon additional chains to further slow the Survivor. The chains break if any solid object moves through them, including characters.

If The Cenobite picks up the Lament Configuration, a Chain Hunt starts, and all survivors will be attacked by chains and reveal their location when they scream.

The following list includes all the Perks being introduced with The Cenobite. These are initially only available to Pinhead, but they will be teachable to other Killers by purchasing them from the Blood Web.

That's all there is to know about The Cenobite so far!