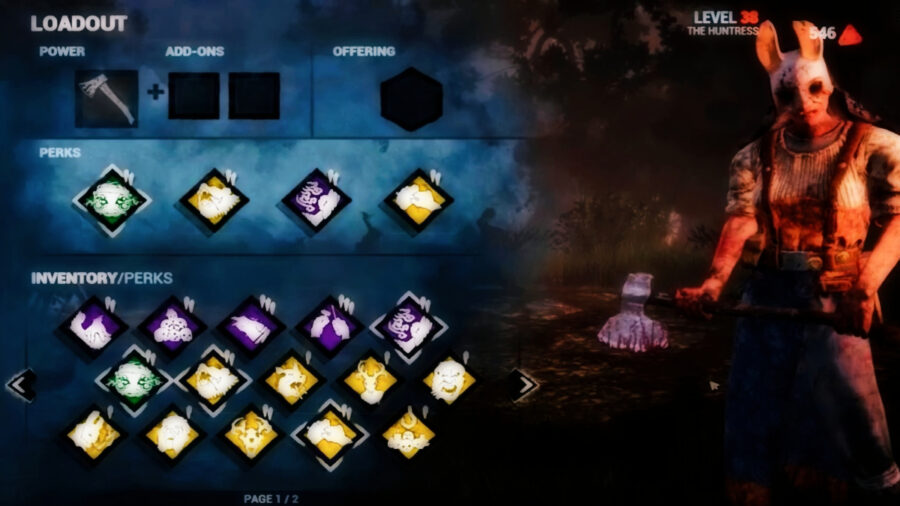 For players that like to kill Survivors at a ranged distance, the Huntress in Dead by Daylight is the Killer to build up with the best perks and add-ons.

Learning the Huntress' playstyle is easy enough with these perks. With a bit of map pressure, aura revealing, and an increased chance to hook survivors, players will easily get the hang of this basic build for the Huntress Killer in Dead by Daylight.

In order to catch players with the Huntress' Hatchets, knowing where Survivors are is key in mastering the Huntress' playstyle. Using the best perks that reveal auras is one of the best builds for the Huntress.

Apply killer pressure to each trial with this ultimate unbeatable Huntress Build. Excelling in map control, aura revealing, and slowing down the Survivors, this build makes even the best Dead by Daylight Survivors chances of escape slim to none.

The Huntress is a ranged Killer with the Ability to throw Hunting Hatchets at Survivors, injuring them from a distance. Basic Add-ons like Glowing Concoction and Venomous Concoction reveals the aura and triggers the Exhausted Status Effect to hit targets. Deerskin Gloves reduces Hatchets' reload time at a locker. More powerful Add-ons like Iridescent Head and Shiny Pin inflicts dying upon victims and increases movement speed while winding up throw action.