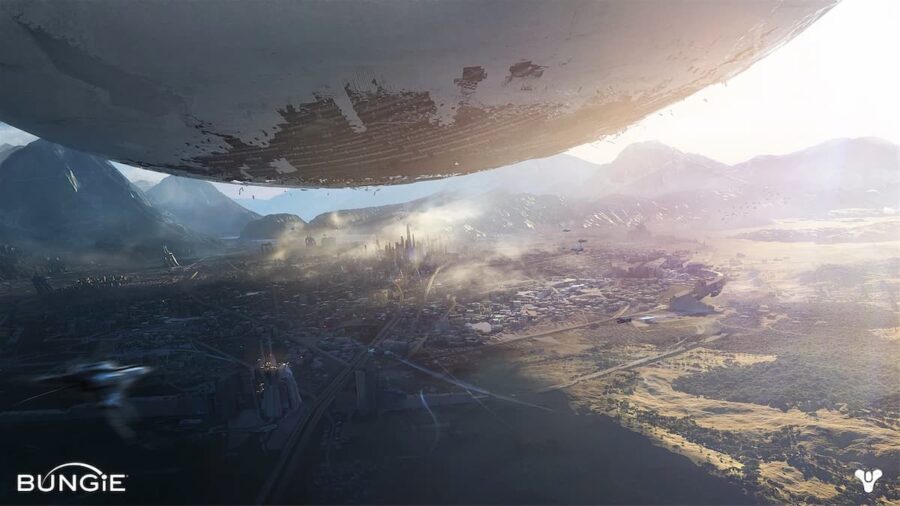 The Destiny 2 Lightfall showcase mentioned a mysterious event known as the Collapse. It drove humanity to their knees and forced the Cloud Striders of Neptune to build their civilization from scratch. It was a colossal phenomenon to Guardians everywhere, as it was the catalyst for their birth. Here's everything we know about the Collapse in Destiny 2.

What is the Collapse in Destiny 2?

What is the Collapse?

Before the Collapse, humans lived in peace due to the Traveler's arrival on Mars. Humanity entered a Golden Age, where technology rapidly evolved, and lifespans were three times as long. Humans were safe- but not for long. For the Darkness, no paradise is allowed to stand. The Black Fleet, presumably commanded by The Witness, invaded Earth. The beings of Darkness sought to attack the Traveler, ruining its tranquil reign.

The Traveler fought back against the encroaching Darkness, resulting in an event known as the Great War. The soil was stained with innocent blood, with over a million people dying in the crossfire. The Traveler knew it had to take desperate measures. To stop the threat and save its beloved humans, the Traveler unleashed its power and created Ghosts in a last-ditch effort. The Darkness was forced to retreat, and the threat was halted in its tracks.

The Traveler was exhausted. Using its full potential left the Traveler in a state of deep sleep as it recovered its energy. The Dark Age began, and the Ghosts released by the Traveler found their hosts, creating Guardians through the power of Light—humanity was alive but godless. The prolonged lifespans were wrenched from the hands of the people. Sickness abounded. Hope was barely present.

Related: Who are the Cloud Striders in Destiny 2? – Lore

And yet, humanity does not fade so easily. The people built The Last City in the shadow of their sleeping god. Their lives may have collapsed, but the pieces could still be recovered. During humanity's recovery, the Cloud Striders of Neptune followed in the same footsteps. They did not give up hope but rather fostered their community and nourished the city of Neomuna. Although the Darkness still seeks to destroy the patchwork paradise of humanity, the Guardians always intervene. And perhaps, when its people need it most, the Traveler will return and set things right.

What is the Collapse in Destiny 2? – Lore