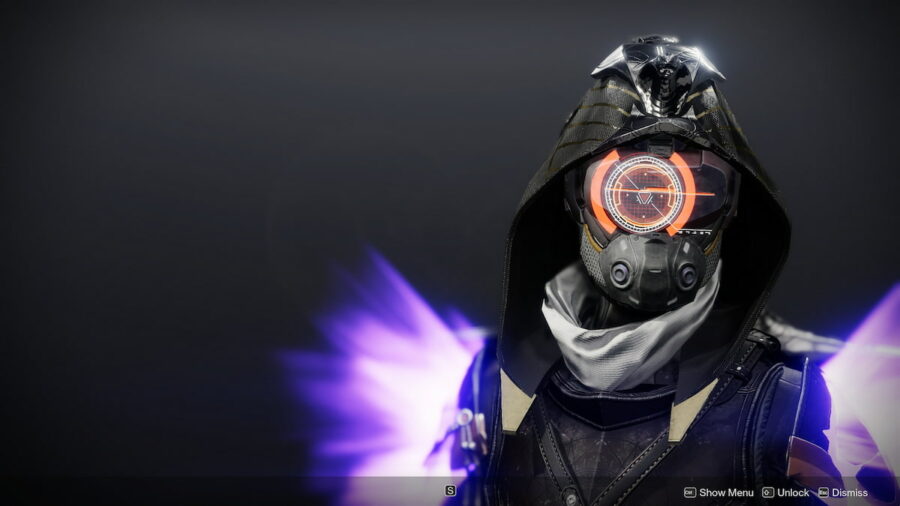 With a multitude of Exotic helmets to choose from, such as Celestial Nighthawk and Graviton Forfeit, it can be difficult for Hunters to select the helmet that is right for them. Destiny 2 is full of Exotic armor pieces that drastically change the flow of battle, providing players with unique mechanics that make every fight feel new and fresh. One of these one-of-a-kind armor pieces is Knucklehead Radar, an Exotic helmet that can be equipped by Hunters only. Here's a description of what Knucklehead Radar is, and how to use it.

What is Knucklehead Radar in Destiny 2?

Knucklehead Radar possesses the Upgraded Sensor Pack perk, which "provides radar while you're aiming" and "enhances your radar resolution while crouched." This Exotic is the only armor piece that reveals the radar even when you are aiming down sights. As for the radar resolution enhancements, your radar typically looks like this:

However, when you are crouched with Knucklehead Radar equipped, your radar becomes more precise. You can more accurately pinpoint the direction of any dangers. The enhanced radar looks like this:

This ability is incredibly helpful in PvP, due to the precise radar detection. Knucklehead Radar removes the guesswork from player combat and allows you to be aware of enemy locations at all times. Although this ability is supreme in PvP, it is less helpful in PvE. Generally, the precise locations of rank-and-file enemies are less important than player locations.

As for Auto Rifles, Knucklehead Radar pairs well with Gnawing Hunger or Krait. The radar that is granted during aiming is helpful for those who enjoy dishing out damage but still keeping a sense of situational awareness. This combination is lethal in Crucible and is also beneficial for PvE, although it is not the best PvE option.

Related: All Hunter Exotics in Destiny 2

Foetracer is an Exotic Hunter helmet that visually marks enemies with red. This helmet also deals more damage to low health enemies and increases the airborne effectiveness of all weapons. Although its ability is different from Knucklehead Radar, its main philosophy is still "identify all enemies."

Foetracer helps reduce the chaos in gunfights and prevents player outfits from blending in from the background. It is primarily effective in PvP, and although it increases the damage inflicted upon low-health enemies, it is inferior to other Exotics in PvE. This is a good alternative to Knucklehead Radar, especially if you struggle with locating enemies.

Ace of Spades is an Exotic Hand Cannon that enables the player's radar while aiming down sights. Although it lacks the enhanced radar resolution, Ace of Spades is the closest alternative to Knucklehead Radar due to their similar perks. This Hand Cannon is extremely strong in PvP, and although it is less viable in PvE, the ability to pair it with an Exotic armor piece makes it decently strong. Ace of Spades is a powerful pick in Crucible matches.

Related: Eternity and Vostok are returning as Crucible maps in Destiny 2 The Witch Queen

This Titan Exotic helmet highlights enemies that damage you and rewards you with an overshield if you kill them. This helmet is optimized for PvP but carries little to no value in PvE. This is the closest helmet to Knucklehead Radar that Titans can get. This armor piece is perfect for aggressive players who love hunting down other players. It is lethal in Crucible matches, as well as Trials of Osiris and Iron Banner.

Eye of Another World is a Warlock Exotic helmet that highlights priority targets and increases the regeneration speed of grenade, melee, and Rift abilities. This helmet also improves the airborne effectiveness of all weapons. It is the Warlock equivalent of Foetracer and is focused on locating enemies. Eye of Another World is optimized for PvP but is not effective in PvE. It is a great alternative for Warlocks who admire the abilities of Knucklehead Radar.

For more Destiny 2 guides, come check out Destiny 2 – Is the Solstice armor worth it in 2022? here on Pro Game Guides.

What is the Knucklehead Radar in Destiny 2? Abilities, Alternatives and More