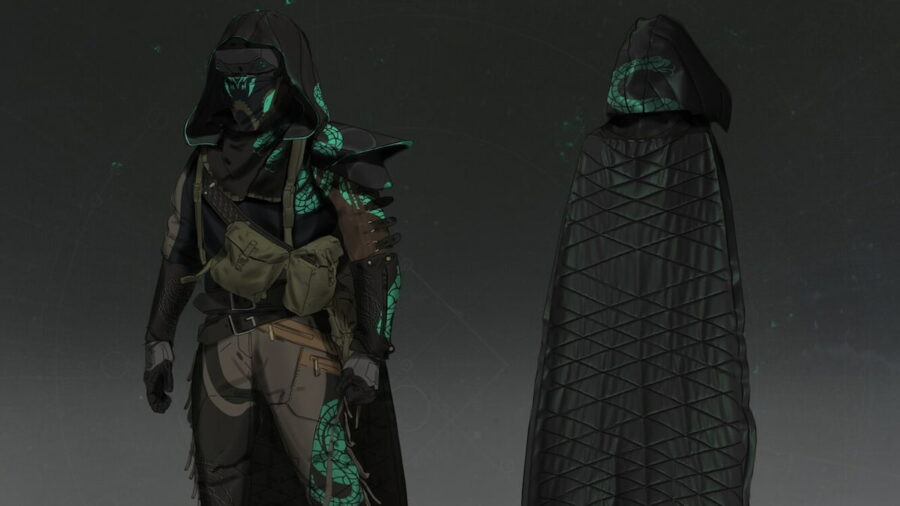 There are tons of different exotic armor pieces among the three classes of Destiny 2. For the Hunter specifically, there are seven exotic helmets, 10 gauntlets, eight chest pieces, and eight pieces of leg armor. Each of these has its own beautiful aesthetic and armor perk to offer players.

Vanishing Shadow - Increases the duration of any invisibility effects. While the player is invisible, their melee recharges faster, their weapon reload is faster, and their Recovery is greatly increased.

Light Shift - Replaces the player's Stasis subclass dodge ability with a longer range, fasting moving shift that partially cloaks them during use. After shifting, their Arc weapons deal increased damage to combatants for a short time, and they deal extra damage to all slowed or frozen combatants.

Related: All Titan Exotics in Destiny 2

The Aeon exotics give players three choices for their perk:

The Sect of Force - Rapid precision hits with a weapon temporarily increase the player's reload speed and weapon swap speed. When the player stuns a Champion or defeats a boss/mini-boss, their fireteam members gain a burst of grenade and melee energy. Aeon cult allies who do not have the burst of Super energy.

The Sect of Insight - Successive precision weapon takedowns have a chance to drop an Orb of Power for the player's allies. When they use a finisher on an Elite, they generate Special ammo for their fireteam; when they use a finisher on a boss or mini-boss, they generate heavy ammo for their fireteam. Nearby Aeon cult allies who do not have the Sect of Insight role equipped also gain a bonus to weapon damage for a short time.

Cross Counter - Using the player's Arc ability or being hit by a melee attack will allow the player to follow up with an extremely powerful melee counterpunch that will heal the player.

Spring-Loaded Mounting - Increases Sidearm ready and reload speed. While the player is critically wounded, swapping to their Sidearm increases its damage.

Sharp Edges - Hits and kills with Blade Barrage will return Super energy after the Super ends.

Roving Assassin - Each Spectral Blades kill the player makes before going into stealth will restore more of their Super energy.

Probability Matrix - Increases the chaining capabilities of Arc Bolt Grenade and has a chance to recharge it each time it deals damage. A full chain always recharges.

Wraithmetal Mail - Dodging reloads all weapons and increases both movement and weapon handling speeds for a brief time.

Misdirection - Dodging disorients nearby enemies and temporarily removes their radar.

Illegally Modded Holster - When the player readies a fully loaded Hand Cannon that deals kinetic damage or a damage type that matches their subclass energy type, each hit from that Hand Cannon increases the damage of the next shot for a short time against a combatant. Hand Cannons are ready faster and are more accurate immediately after swapping to them.

The Dance - Activating the player's dodge ability while near targets allow them to dodge additional times for a short period of time.

Parting Gifts - Dodging leaves behind an explosive that detonates after a short delay, damaging targets around it and creating a secondary effect based on the player's subclass energy type.

For more Destiny content, be sure to check out What to do with Forsaken Ciphers in Destiny 2 on Pro Game Guides.