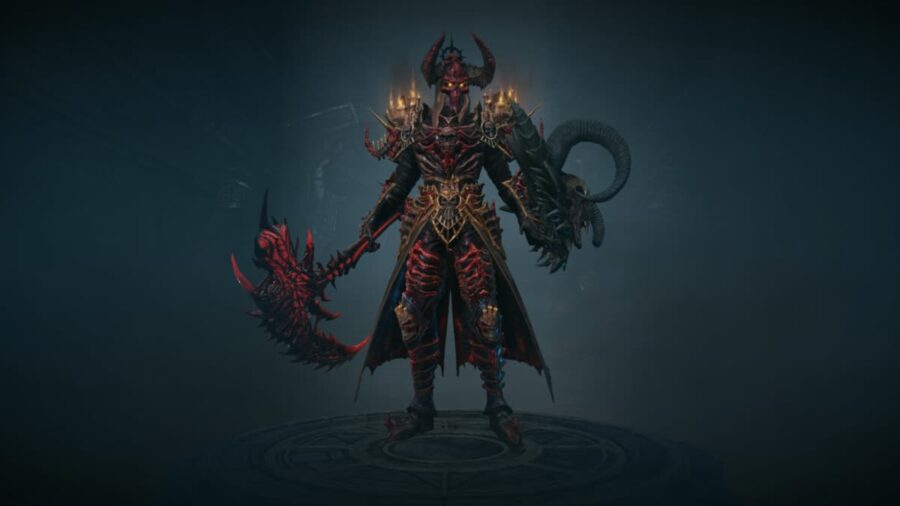 Diablo games have their story mode, i.e., main quest. But every Diablo fan knows that the endgame is when the fun starts. Essentially, the road to the last boss is training for what's to come after you slay him. You can play the game endlessly, which is part of the Diablo franchise charm. So, what endgame content is there in Diablo Immortal? Is there enough stuff to do around Westmarch once you become the ultimate warrior?

After you finish the main quest, you'll open new ways to play the game. There will always be more equipment for you to fight for and even stronger bosses to defeat. So take your time to explore the world of Diablo, as there's a lot of stuff going on. Of course, it's always more fun if you play Diablo Immortal with friends.

The success of games like Diablo Immortal depends on endgame content. This game needs to be interesting enough for players to stick around even when the story ends. As it happens, it seems developers were fully aware of this. You can expect enough content to stick you to your phone (or PC) until Diablo IV comes out, and maybe even after that!

Your endgame adventure officially begins when you defeat the final boss, and the story ends (we don't want to spoil you anything). From then on, Diablo Immortal will test your resolve. The first thing you'll want to do is tackle more challenging foes by switching to Hell difficulty.

Related: How to level up fast in Diablo Immortal

How to unlock Hell difficulty in Diablo Immortal?

To unlock Hell difficulty in Diablo Immortal, you'll have to reach level 60. After that, you can select Hell 1 as the first difficulty level after Normal. At the moment, Hell 4 is the final level of difficulty for players that achieved at least Paragon level 160.

You'll have to upgrade your gear to have a chance in Diablo Immortal player-vs-enemy and player-vs-player modes. There are many options, as you can upgrade weapons and armors. Although there are many options, the bottom line is that you need the best gear stats to buff offensive and defensive rating (known as ORDR). So if you're not sure which piece of gear to use, go for one with better overall stats because endgame fights can be brutal.

How to enter an Elder rift in Diablo Immortal?

Elder Rift is, just like Challenge Rift, is an instance where you have a chance to collect powerful items. These dungeons have strong enemies, pushing you to create a party instead of fighting solo. You can find these Rifts in the Palace Courtyard in the northern part of Westmarch.

To enter Elder Rift, you'll need Legendary Crest. You can find them while adventuring or buying them for real-life money. These Crests give you a better chance to gain great rewards. Legendary Crest also guarantees you a random Legendary Gem after finishing the instance. Eldar Rift is the best place if you need to obtain and then upgrade Legendary Gems.

What is the Cycle of Strife?

The Cycle of Strife is an optional PvP game mechanic in Diablo Immortal. This PvP part of the game lets players join two factions that fight for supremacy. It's designed as a large-scale clan war where there are Immortals, and on the other side are Shadows. Interestingly, only up to 500 players per server can become Immortals, while there are no restrictions for Shadows.

When Shadow clans become strong enough, they'll activate Rite of Exile, where they will fight each other for a chance to challenge the Immortal. It's an exciting asymmetric fight where the 30 best Shadow players will fight the greatest player from the Immortal faction. He will get stats bonuses and special skills as he will take the role of a boss.

If the Shadows win, those 30 players will enter a fight to the death between themselves to determine which player becomes the new Immortal. If the Immortal boss wins, his rule continues until the cycle ends. The Cycle of Strife is an excellent option and, if you like PvP, provides hours of great fun.

Related: Everything you need to do daily in Diablo Immortal

After you reach level 45, you'll get a chance to join the Helliquarry raids. Although you can play them before you officially reach the endgame, this will be an essential part of your Diablo Immortal experience. Here you can hunt for extra-strong demons that can drop some rare items.

How much P2W is Endgame content in Diablo Immortal?

But, the playing experience in the endgame is much smoother if you pay some. The trick is not to feel the pressure of chasing top players who spend a lot of money (commonly known as "whales"). Just play at your own pace, and you'll never have to spend (a lot of) money.