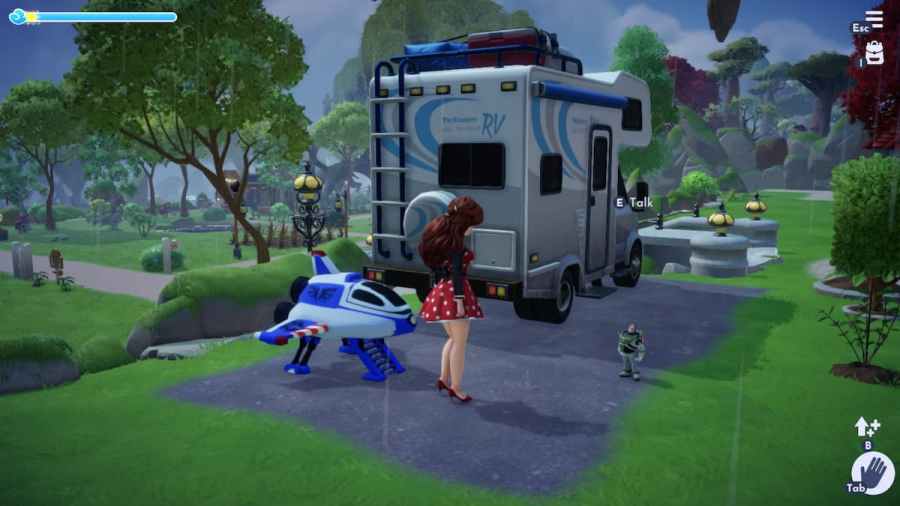 Disney Dreamlight Valley brings Buzz full circle, from an overly enthusiastic Space Ranger to the trustworthy friend and hero we all know and love by the end of Toy Story. In his last Friendship Quest, Buzz learns to be good friends even with those he assumes are Villains. Here's how to complete Buzz's level 10 Friendship Quest, The Definition of a Hero, in Disney Dreamlight Valley.

To start this quest, you'll need to have maxed out Buzz's friendship level. You'll also need to complete the three prior quests in his Friendship Questline, A Space Ranger Recruit, A Space Ranger Reputation, and The Fragmented Past.

When you first talk to Buzz, he wants you to come with him to help make amends with Ursula. After giving her a heartfelt apology, Buzz decides he wants to spread more acts of heroism around the Village by starting to hand around Space Ranger Badges. You'll need to gather the following materials to make them:

Once you've gathered the materials, you can craft three Space Ranger Badges from the Functional Items tab of your Crafting Menu. Give the Badges to Buzz and start brainstorming who you should invite to become a Space Cadet. You decide on Remy, Moana, and Scar. Deliver the three badges to their recipients, then report back to Buzz.

Related: How to make a Gingerbread House in Dreamlight Valley

Buzz wants to dress up the RV... uh, or Star Command before the recruits arrive. You'll need to craft the following and place them around Buzz's RV:

Once you've placed them, talk to Buzz once more. He'll give you the finishing touch, a buffet table. Place that at the party, get your Space Cadet Uniform, and take a few pictures. After the party, Buzz will reward you with a promotion and your very own Jetpack for completing this quest.