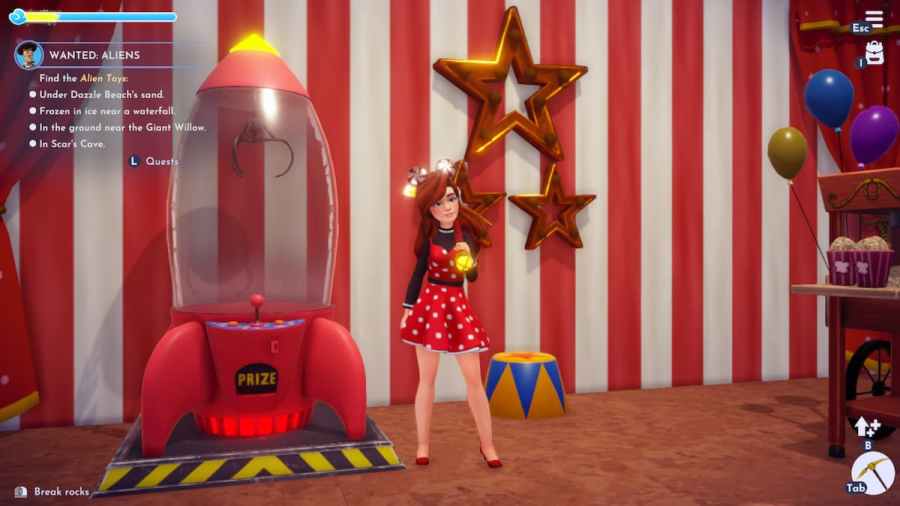 How to complete Wanted: Aliens in Disney Dreamlight Valley

To unlock this quest, you'll need to invite Woody and Buzz to the Village from the Toy Story Realm. You'll need to have completed the first two quests in Woody's Questline, Failing Better and A Bit of a Fixer Upper, then raised Woody's Friendship Level to Level seven. You'll also need to have progressed in Scar's questline and unlocked the Glade of Trust and Frosted Heights Biomes.

To start this quest, speak to Woody, who has been looking for the Aliens that scattered after the accident in the Carousel. Woody thinks your best chance at wrangling the critters is fixing the Claw machine, so they all have a place to come home. He'll give you some machine parts and the Claw. You'll need to gather the following materials to finish the repairs:

Related: How to make a Yule Log in Dreamlight Valley

Use these materials to craft The Claw Machine from the Functional Items tab of your Crafting Menu. Go back to Woody's Carousel and give the new machine to Woody. Once it is installed, you decide to ask Buzz for help tracking down the Aliens.

Buzz knows the locations of four Aliens. He didn't have Royal tools to help rescue them, unfortunately. You can refer to the images or list below for their locations:

Return the Aliens to Woody and this quest will be complete.