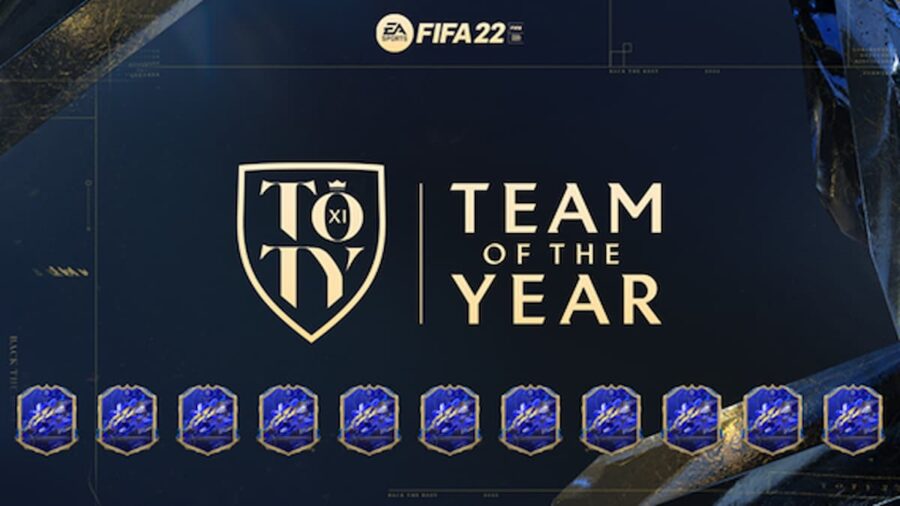 EA Sports recently announced the nominations for FIFA 22 Team Of The Year (TOTY), which will feature in FIFA Ultimate Team. 80 nominees from four different positions of the beautiful game have been selected for this year's TOTY.

The voting process officially commences on Jan. 10. You can only select eleven players out of the 80 nominees in the given list. Here's how you can cast your vote for this year's FIFA 22 TOTY.

Related: How to get the next Generation card for free in Ultimate Team in FIFA 22

To cast your vote for FIFA 22 TOTY, all you need to do is go to EA Sports' official website. Once you're on the voting page, start adding players from each position into the empty lineup spots.

The final result from the votes will be announced later. Fans can expect that the best nominees from Team Of The Year will get special TOTY Player items released in FIFA 22 Ultimate Team. These superstars will have some of the highest ratings of the season in Ultimate Team, depending on the voting process!

Wondering how to get the best young Center Attacking Midfielders in FIFA? Here are the five best CAM players can sign in FIFA 22