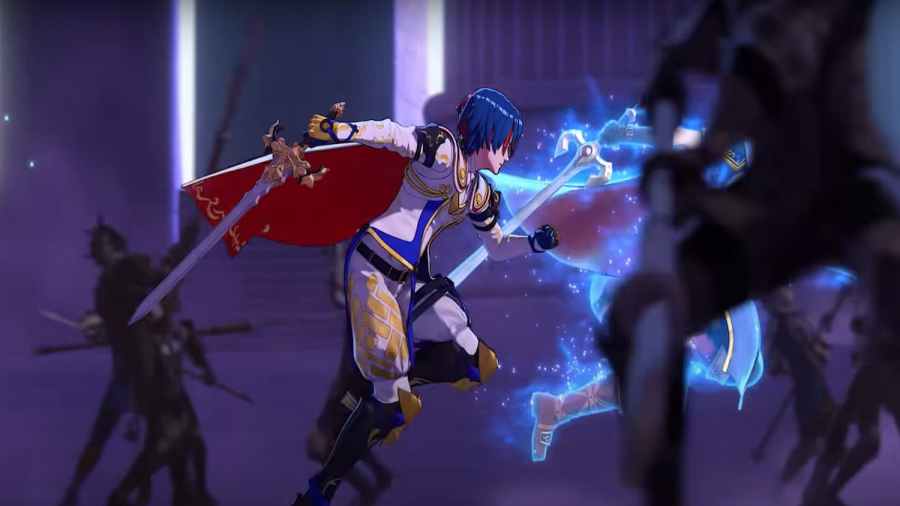 With only a few trailers to go off of, it's fairly difficult to figure out what exactly is going on in Fire Emblem Engage. Sure, tropes from the series will likely reappear, but the overall conflict is a little hazy. Thankfully, the developers are speaking on what fans can expect from the game, giving fans a much clearer picture.

Fire Emblem Engage follows the adventure of Alear, the new protagonist with a rather interesting red and blue hair design. At the beginning of the game, Alear awakens from a thousand-year sleep. Before falling asleep, Alear had assisted the Divine Dragon in its defeat over the Fell Dragon, who is currently reawakening. The plot of Fire Emblem Engage will see Alear collect the 12 Emblem Rings to slay the Fell Dragon once more.

Based on this information, Engage looks to have some similarity with Fire Emblem: Awakening, a previous title in the series on the Nintendo 3DS. In Awakening, Lucina had battled a different Fell Dragon, (Named Grimma) and traveled back in time to prevent it from taking over again.

There is also some more information on Elyos, the continent where Fire Emblem Engage takes place. Elyos is split into four domains: Brodia, Firene, Solm, and Elusia. Brodia has all of the trappings of a typical Fire Emblem stronghold, with a huge castle and all. Firene is a more humble area, full of meadows. Solm serves as the desert area of the game, and Elusia is a snowy region where it looks like many antagonists will reside.

What will happen in Fire Emblem Engage’s story?