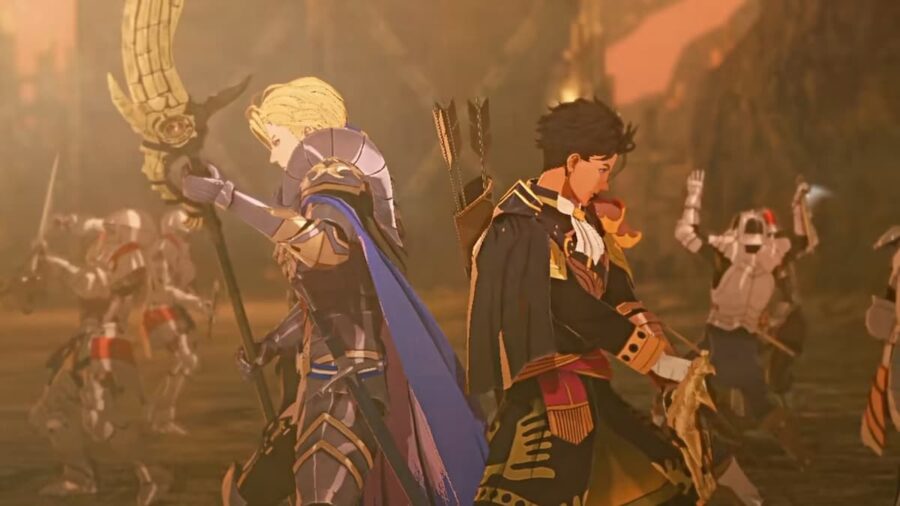 Despite being a Fire Emblem game first and foremost, Fire Emblem Warriors: Three Hopes is more of a capture-the-enemy’s-base game than anything. This means that aside from the usual Fire Emblem tactics, you’re going to need to adopt very particular strategies to your plans: Attacking, Seizing, Guarding, and Defending. In this guide, we’ll recommend some of the best units for Guarding.

What do Guards do in Fire Emblem Warriors: Three Hopes?

Guarding is an important aspect of Fire Emblem Warriors: Three Hopes. It’s done by selecting a unit on the map and another target for it to “guard.” The Guard will prioritize attacking enemy units that are attacking the target, protecting their HP. Characters with high defense and a decent base attack stat are the best units to assign as someone’s guard—usually those who are in charge of attacks and seizes.

It’s also best if the assigned guard uses a weapon that the protectee is weak to. For example, Dedue (Axe) is the best pick to protect someone like Felix (Sword), who is vulnerable to Lances.

Guards can also be healers (with a decent magic or attack stat) you can actively switch to in a pinch. Just make sure they’re proficient in magic or a particular weapon so they’re able to provide decent support.

After chapter four, the members of the Ashen Wolves will slowly be available for recruitment as well. Yuri makes a decent Guard. Jeralt can also fulfill this role.

However, also take note that you are free to build any character into a Guard. The best ones are usually armored units or healers. Also, note that just because they’re guards, doesn’t mean they can’t fill in for other roles like Seizers.