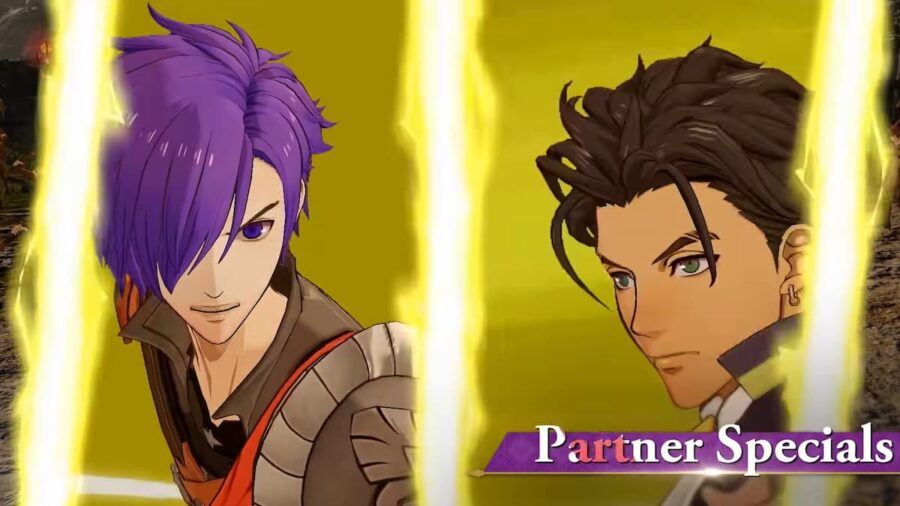 How do you pair up characters using Adjutant in Fire Emblem Warriors: Three Hopes?

The second way to do this is by opening up the Tactical Map and finding and selecting the character you wish to become an Adjutant. Next, drag the arrow to the character you want to assign them to and press ZR, then choose Assign Adjutant in the menu that appears. By doing it this way, you can give the orders without having to go around the map yourself. Once the battle has begun, you can only assign them via the Tactical Map. You cannot do it before the fight has started.

How do you remove an Adjutant in Fire Emblem Warriors: Three Hopes?

From the Tactical Menu, find the character with the Adjutant, press ZR, and select Remove Adjutant from the menu. They will reappear on the map, and you can start giving them orders or assigning them to someone else.

What does an Adjutant do in Fire Emblem Warriors: Three Hopes?

Being an Adjutant provides many buffs to the assigning character and makes the Adjutant immortal to all damage, except for the active character dying. So, assigning an Adjutant that is almost dying is perfect, especially if playing on Classic Mode (where if they die, they die for good).

How to assign an Adjutant in Fire Emblem Warriors: Three Hopes