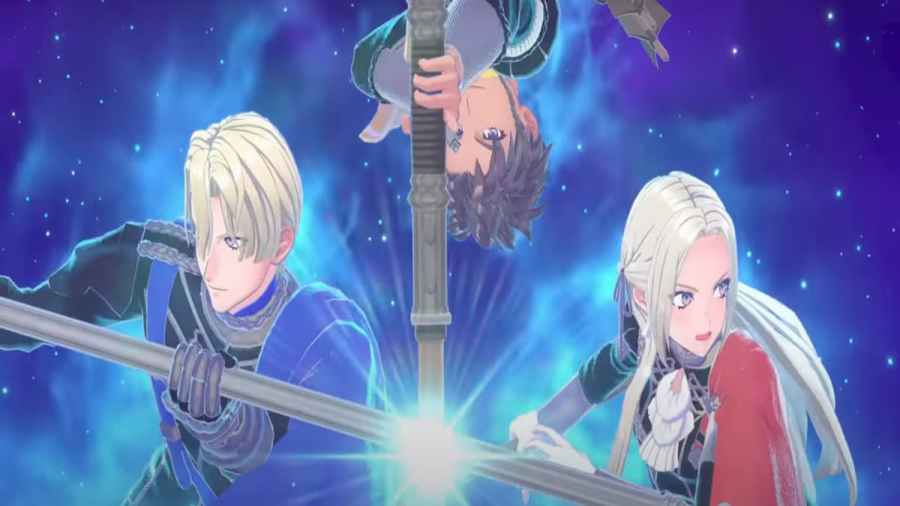 Fire Emblem Engage recently announced that the first wave of DLC will feature the house leaders from Three Houses: Edelgard of the Black Eagles, Dimitri of the Blue Lions, and Claude of the Golden Deer. Each one of these are fantastically designed units with enormous capabilities. Since they are all such hard carries, it makes them very difficult to rank.

Which is the best House Leader from Fire Emblem: Three Houses?

While this is a hot topic debated amongst Fire Emblem fans, at the end of the day, all three of these units are phenomenal. Being the worst Lord among this group certainly isn't anything to be ashamed of, but unfortunately that honor looks like it's going to Dimitri.

Although Dimitri is statistically a beast, he arguably gets the worst exclusive class. When Edelgard gets armor and Claude gets a flipping Dragon, it's kind of sad that Dimitri still has to walk on foot. Even Three Houses players usually end up placing Dimitri on horseback or on a wyvern.

Dimitri also doesn't need to rely on his Combat Art, Atrocity, all too much. He is so strong that he likely one-shots whatever he faces. In a more advanced setting, Dimitri would get more respect for his Battalion Wrath/Vantage combo. But in a more casual setting, Dimitri's value is generally lowered.

That leaves this ranking as a battle between the other two lords: Edelgard and Claude. The leader of the Golden Deer is certainly tough competition, especially considering his personal Combat Art, Fallen Star, makes him invincible on the next enemy phase. Also, just given his natural Speed, he likely doubles whatever he comes up against.

That being said, this doesn't really compare to the ridiculous capabilities that Edelgard has. Considering that her Combat Art, Raging Storm, can let her move again, she can clear maps all by herself. It also helps that Edelgard is a flat-out tank: she will be taking the majority of the hits on a Black Eagles playthrough (especially on Maddening). Both Empress Lord and Wyvern Lord are good options for her as well. Despite it being a close competition, it looks like Edelgard stands atop this ranking.