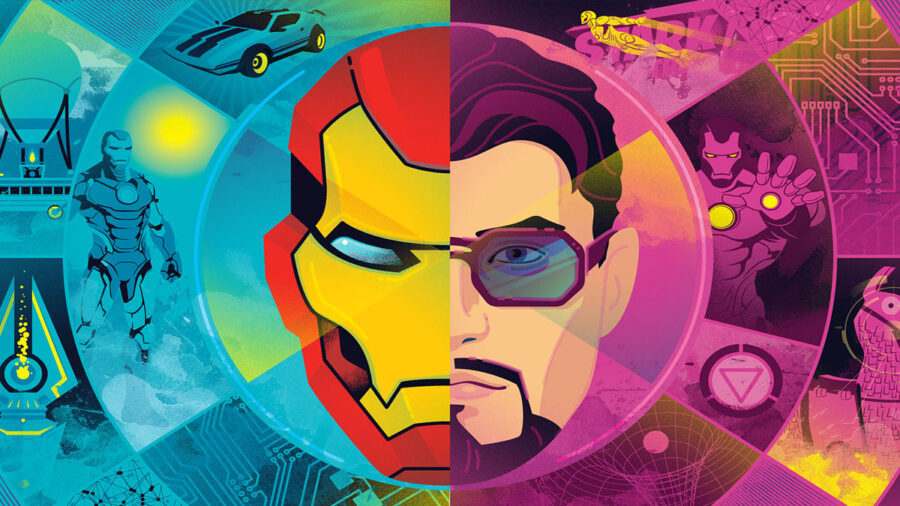 We're still in the midst of Fortnitemares, but that doesn't stop us from having to do more challenges to complete our Battle Pass. This could be the final week of challenges, however, we know this season is supposed to last all he way until November 30th, which leave us with an entire month to fill. I have to believe that Epic has something else up their sleeve, and at the very least it could just be additional weeks of challenges. I hope that it's a bit more unique than that, but we'll just have to wait and see!

This week has us searching for chests in Upstate New York, eliminating people at Lazy Lake, collecting metal in Slurpy Swamp, fishing at Heart Lake, eliminating opponents by hitting them with vehicles, driving a boat from one location to another, and riding 20,000 meters in a vehicle!

The Season 4 week 10 challenges will release on October 28th, 2020 at 6am PT. This is the same time that XP coins are added to the map, so you will be able to find those as well if you're searching for them. You cannot complete these challenges prior to that time. The only reason we know what they are early is because they are leaked prior to the release.

Here's a look at the list of challenges for week 10 of the season:

The deal damage to enemies at Sentinel Graveyard is likely an extra challenge that will only come into play if one of the others is bugged.

Here's a look at where you can go to complete all of the challenges in week 10! Credit to squatingdog for the cheat sheet featured below. 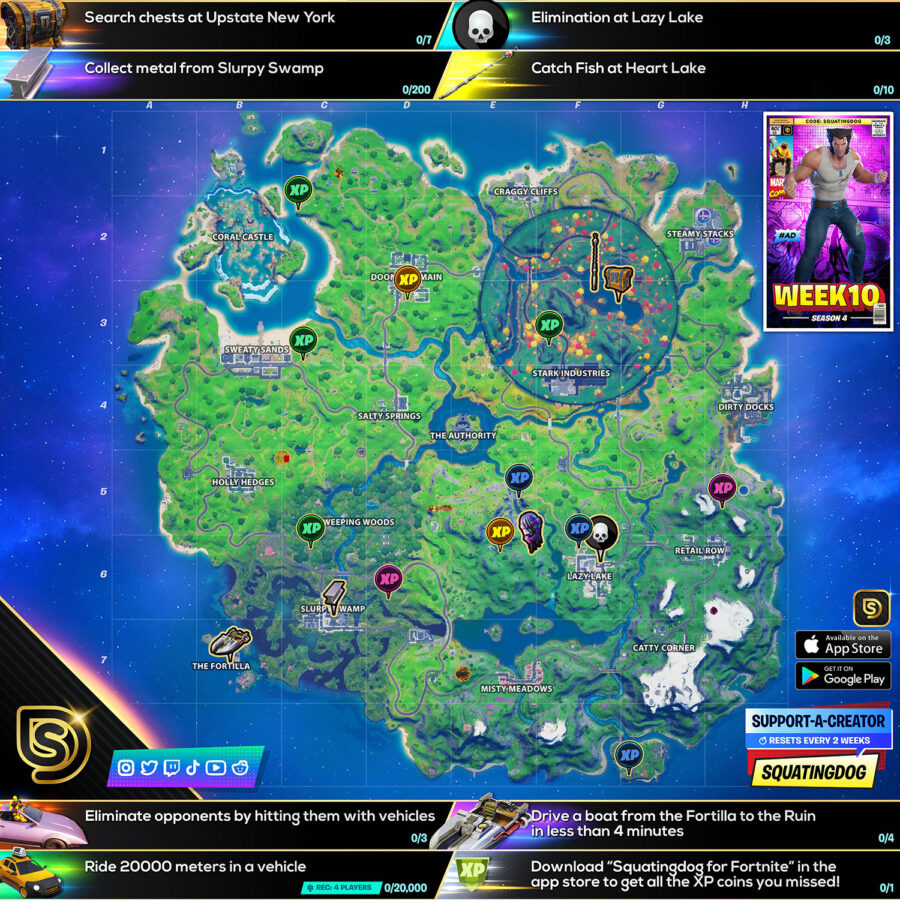 If you're wondering where exactly Upstate New York is then you aren't alone. It's on the huge round area where Stark Industries is located, but what exactly constitutes upstate New York is a bit difficult to pin down. It's likely just everywhere north of Stark Industries, so you should be pretty safe just opening chests wherever you find them that isn't a landmark location. Here's a map of the majority of the chests courtesy of Fortnite.gg. 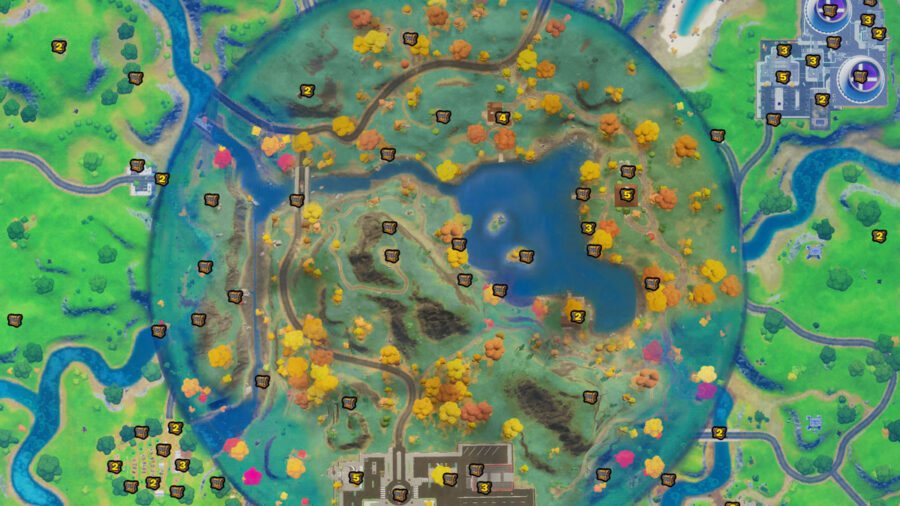 Getting eliminations at Lazy Lake and collecting metal at Slurpy Swamp are largely not worth talking about. Just land at Lazy Lake and take on some fights. You can probably get lucky in Team Rumble to do this one if you wanted to. There is a ton of metal all over Slurpy Swamp, so you won't have a hard time finding it.

Heart Lake is that huge pool of water you see that is north of Stark Industries. You will be heading there a lot for these challenges, so grab some fish while you are gathering chests.

Get eliminations by hitting them with a vehicle might be pretty difficult. There's all sorts of cars on the map, you just have to hope someone lets you run over them. You can probably do this to henchmen and bots, so I might head to Doom's Domain or Stark Industries and run into some of them!

Driving a boat from The Fortilla to The Authority isn't too difficult, you just need to grab the boat from the southwest and make your way through the rivers of Weeping Woods and eventually to what is known as The Ruins right now. Hopefully it counts as normal, because of the name change!

Your final challenge is riding in a vehicle for 20,000 meters. This is a group challenge, so hopefully you can get into a game with some people who ride around the map in vehicles a lot. If not, you'll just have to kind of complete it as you play the game. This will take quite a while, so you might want to not focus on it. One way you could speed things up is by taking one of Stark's cars from Stark Industries and zipping around in that all over the map!

How to Equip a Detector, Then Disable an Alien Billboard in One Match