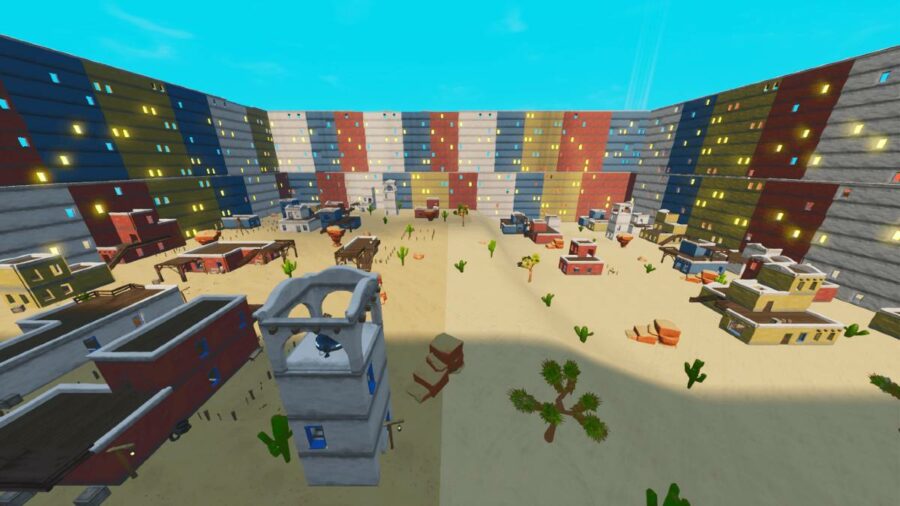 Fortnite Zone Wars maps are some of the most popular creative maps available since it puts players in a realistic end-of-match battle against other players. Among the Zone Wars maps, one of the most well-known is the Desert Zone Wars map, aptly named for its desert-themed atmosphere and structures.

There are plenty of Zone Wars codes available out there, but only a few of them have climbed the ranks to become popular amongst the Fortnite community. When they do, it's because they are well designed and have pulled in enough attention to keep players coming back to play again and again.

We have provided some of the best and most popular Desert Zone Wars Codes in our list below.

This map is a remake of the original, developed by MuzNeo, who has made at least a dozen Fortnite Maps. Many newer fans of the Desert Zone Wars genre started off on the original. The code included at the end of the video is the code for the older map. To use the improved refresh version of the map, be sure to use the code we have listed!

Most people who have played Desert Zone Wars consider Jotapegame's map to be the first. He certainly brought attention to the genre with this original map. The map gained so much popularity so fast that he continued to update it well past its initial release, eventually releasing the Version Desert Zone Wars Version 4.0, which his YouTube channel states is the final version. If you are looking for the Desert Zone Wars map code, chances are you're looking for this one!

That is for our list of Desert Zone Wars codes! Be sure to check them all out!

We have lists for plenty of other Fortnite Creative map codes. Check out our list of the Best Horror Map Codes and Best Deathrun Map Codes in Fortnite!