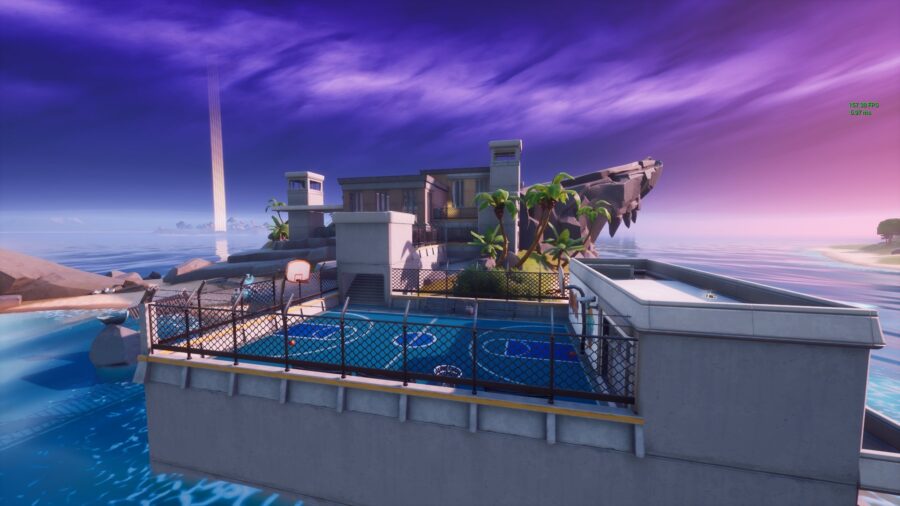 We are getting deep into Fortnite Chapter 2: Season 4, and this Battle Pass has been all about Marvel and the heroes from the comic books. While we're still awaiting the conclusion of the battle between us and Galactus, it looks like some other evil has taken over the map. That's right! Midas is back and he is holding a grudge against the players who banished him from the map. Although, he was taken out by a shark, so maybe he should just watch Jaws to feel better about himself. Either way, you are going to need to head to a shark based location to finish off a challenge in week 9 of the season!

Where is Sharky Shell?

The Sharky Shell location can be found on the very northwest portion of the Fortnite map. It is just north of Coral Castle, and is at the location where The Shark used to be in the second season of Chapter 2. The exact coordinate for Sharky Shell is B1, which makes it very high up on the map and near some open water. 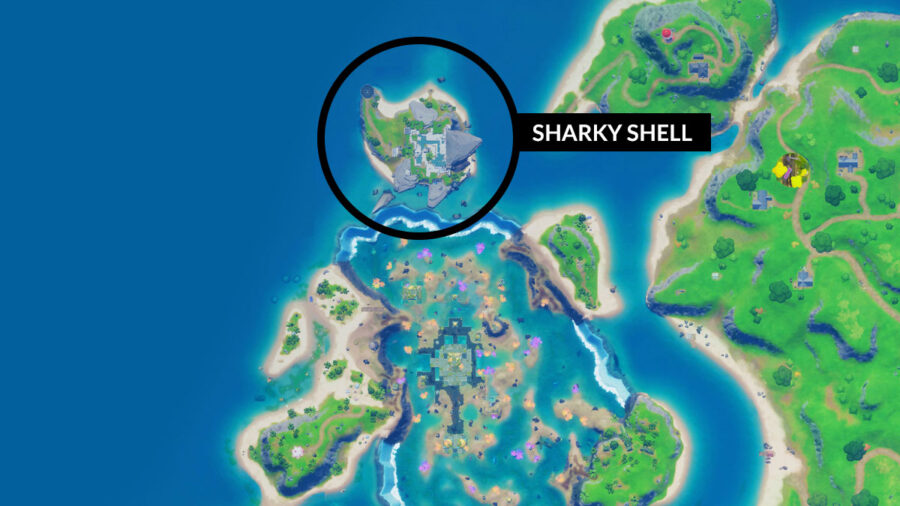 If you're looking to locate Sharky Shell, then you must be attempting to complete the "Land at Sharky Shell and finish top 25" challenge. If that's the case, then you might want to wait a bit to complete it because I'm sure a lot of other players will be attempting it as well. While it's smart to get your challenges at of the way as quickly as possible, it also makes them more difficult because everyone else has that same idea! I like to wait a couple of days until things calm down to make my attempt.

However, there is one good thing in your favor if you attempt this challenge, and that is due to the new Fortnitemares challenges. A whole lot of players are landing at The Authority aka The Ruins right now. Old Midas is there and players are looking to do battle with him. This means that a whole lot of people are getting eliminated quite quickly in the match. If you stay hidden for long enough, you should be able to pretty easily make it to the top 25! Just watch out for ghosts while you are attempting to survive.