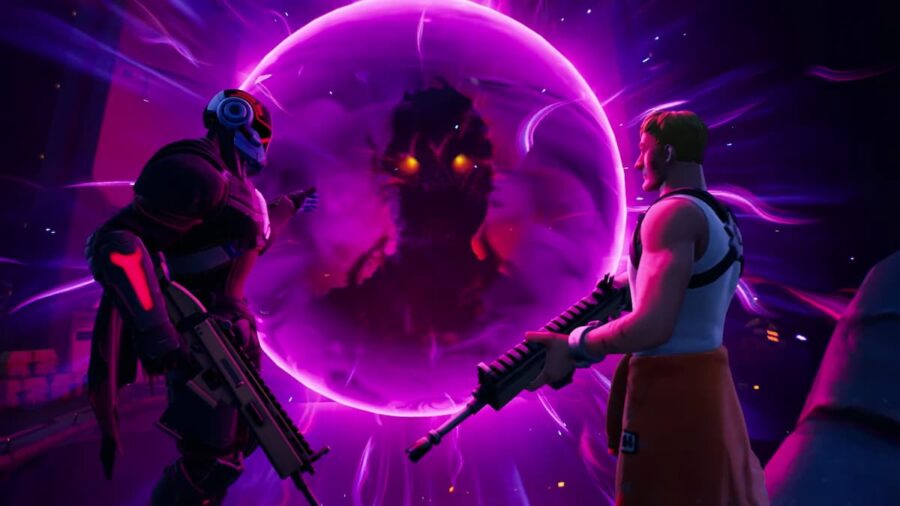 Fortnite Chapter 3 Season 2 came to a conclusive end as the battle between the Imagined Order and the Seven took place in the Collision live event. During the live event, players got to see several characters essential to Fortnite's lore, and one of them included Geno. This character was only teased in cinematics so far and has not been introduced in the game. Like several other fans, we are eager to meet Geno, so here is a quick recap of what we know about this character.

Geno is a member of the Imagined Order, perhaps even a high-ranking member or leader of the group. Their plan is to control the Zero Point and destroy anyone standing in their path, including the Seven. Geno's name was originally mentioned in Fortnite Chapter 2 Season 6, where Agent Jones came across The Foundation for the first time. Since then, fans have been eager to know this character's identity.

Related: How to join the Collision live event in Fortnite Chapter 3 Season 2

While several fans believe Geno is the creator of the loop, most see him as the primary antagonist in Fortnite's storyline. Community experts speculated that Doctor Slone is a student of Geno, and his position in the Imagined Order is higher than every character we have seen so far. In one of the cinematics, Agent Jones mentions that he can deliver Geno and the sisters to The Foundation. While the sisters may refer to the Imagined and the Paradigm, very little is known about Geno's background.

During the Collision live event, fans got a glimpse of Geno in one of the portals created by the Zero Point. Agent Jones and The Foundation jumped inside the portal following Geno at the end of the event. Players can expect that the storyline for Fortnite Chapter 3 Season 3 will unravel more mysteries about this elusive antagonist.

Wondering where to find the NPCs this Season? Check out All NPC locations for Fortnite Chapter 3 Season 2 on Pro Game Guides!

Who is Geno in Fortnite?