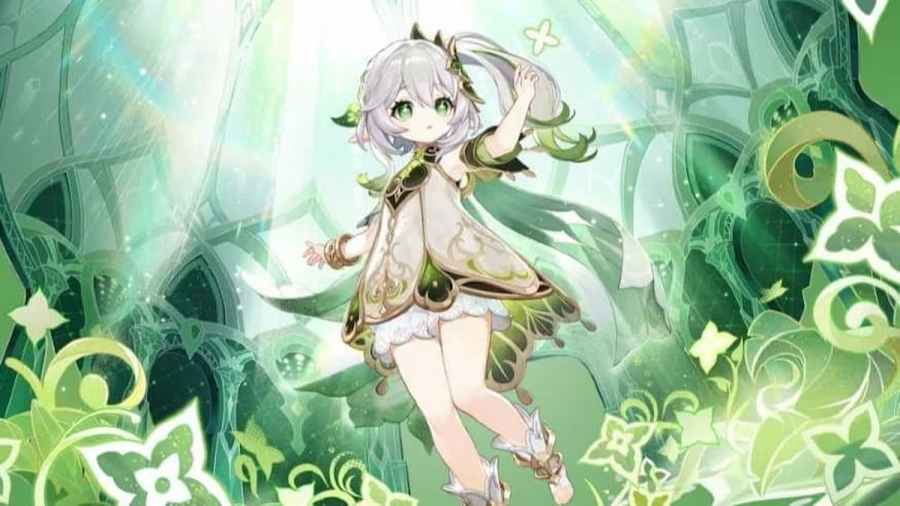 Genshin Impact's Archons tend to be exceptionally powerful characters. Nahida, the Dendro Archon, is certainly no exception. If given the right weapons and artifacts, she becomes a powerful enabler of Dendro reactions like Bloom, Aggravate, and Spread. Here are our recommendations for how to play and build her.

Nahida is a Support and Sub-DPS character at Constellation Level zero who slowly turns into a DPS Main by Constellation Level six. Her primary methods of damage are her Elemental Skill and Elemental Burst, which apply Dendro, have generous up-times, and deal serious damage by either setting up or finishing Dendro-based elemental reactions. Generally, her skills do not require her to be on-field to be effective. Plan for her to be paired with other Hydro or Electro characters. She also has a unique passive skill that allows her Elemental Skill to be used to harvest items in the world from certain distances. It can even allow players to read the minds of certain NPCs.

Nahida's skills scale with Elemental Mastery, so using a weapon with Elemental Mastery as a secondary stat is recommended. The five-star weapon designed for her, A Thousand Floating Dreams, will be her best-in-slot weapon. If you want this weapon, you will need to spend Intertwined fates to pull it from the Weapon Banner. If you've pulled Sacrificial Fragments passively from Character Banners this is also a great option for Nahida. Otherwise, the four-star, craftable catalyst, Mappa Mare, or the three-star weapon, Magic Guide, are both effective and less costly options for free-to-play players.

Nahida performs best with a four-piece Deepwood Memories set. Ideally, you'll have Elemental Mastery as your main stat for your Sands, Goblet, and Circlet pieces. Although, you can use attack percent, Dendro damage, or Crit Rate/Damage pieces if you need help with obtaining Elemental Mastery pieces. You can also use a four-piece Gilded Dreams set, or a two-piece combination of both, while you farm for your ideal artifacts.

What you need to Ascend Nahida in Genshin Impact

Other than the standard amounts of Mora and Character Exp books, to ascend Nahida you'll need Kalpalata Lotuses, common ascension materials from the Fungal Spores family, and Quelled Creepers, dropped by the Dendro Hypostasis Boss. Talent upgrades will require more Mora and Fungal Spore common materials and Ingenuity Talent Books and Puppet Strings dropped by Shouki no Kami, the Prodigal. If you want to crown any of her talents, you'll need to use Crowns of Insight as well.

Nahida should be paired with Hydro, Electro, and Pyro teammates to take advantage of frequent Dendro Elemental reactions. Main DPS characters she can support include Cyno, Keqing, Diluc, and Childe. Nahida does not have healing as part of her kit, so having other defensive supports on her team comps, such as Bennet, Kuki Shinobu, or Kokomi are also important. If you want to take advantage of Dendro Resonance, you could use either Tighnari as a Main DPS or the Dendro Traveler as a second Sub-DPS Support.