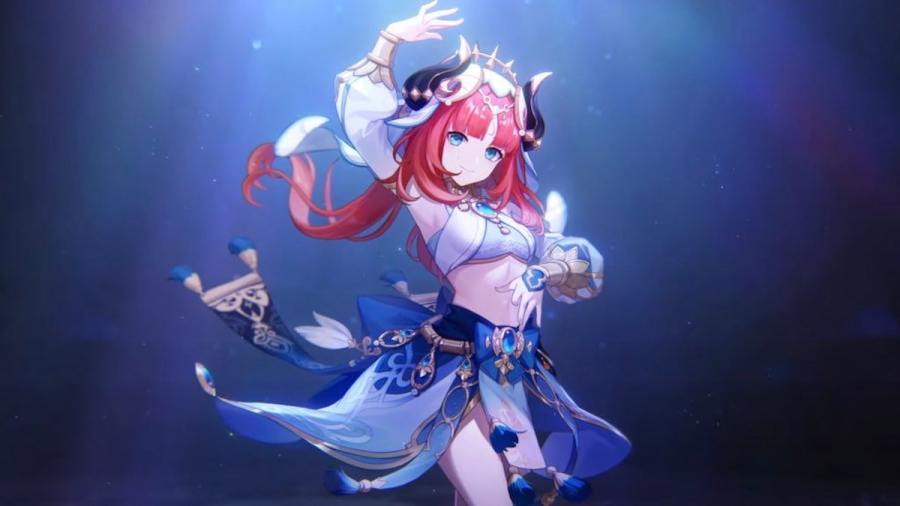 Genshin Impact's Nilou is both a beautiful dancer and a formidable driver of the Bloom reaction. She does come with some caveats, though. It may be a challenge for even veteran players to build and use her to the best of her ability. Read on for more information on how to shine a spotlight on this gracious artist.

Nilou's passive skill, Court of Dancing Petals, really limits her potential teams to those centered around the Bloom reaction. Even though enabling Bloom teams seems to be her only potential function, we can assure you she does it well.

Nilou can be played as either the Main or Sub DPS depending on how you use her elemental skill. Use it once, then do a string of normal attacks to have Nilou deal serious damage on-field. If you use her elemental skill three times in succession instead, she'll produce a water ring to set up further Bloom reactions. Then you can send her off-field in favor of another DPS teammate while her water ring remains.

Nilou's Best-in-Slot weapon is the Key of Khaj-Nisut. It's a five-star weapon designed just for her and is only available via the Weapon Event wish banner. It serves to provide a healthy boost to both her HP and her Elemental Mastery stats.

If you don't want to roll on the Weapon Banner, Iron Sting is a great, craftable option for Nilou that will significantly boost her Elemental Mastery and damage. You could also use the Sacrificial Sword if you have it to help with her Elemental Skill.

The Artifact sets you'll choose for Nilou will largely depend on how you'll want to play her. If you want Nilou to be the Main DPS in a team and on-field, the four piece Gilded Dreams set should work well for you. If you want to use her as a Sub-DPS, any two piece combination of Tenacity of the Millelith with either Wanderer's Troupe, Gilded Dreams, or Heart of Depth will do.

What you need to ascend Nilou in Genshin Impact

Aside from the standard amounts of Mora and Experience books, to ascend Nilou, you will need Varunada Lazurite pieces, enemy drops from the Fungal Spores family, Padisarahs, a Sumeran Regional Specialty, and Perpetual Calibers dropped by the Aeonblight Drake.

To level up Nilou's talents, you'll need more Mora and Fungal Spores, as well as Praxis talent level books found in the Steeple of Ignorance Domain. Later talent levels will require the Tears of the Calamitous God material dropped by the Raiden Shogun weekly boss. If you decide to Max out Nilou's talents, you'll need one Crown of Insight for each talent.

To take full advantage of all Nilou's kit has to offer, surround her with Hydro and Dendro teammates. Healers like Kokomi or Barbara, as well as supports like Xingqiu or Candace will make good Hydro teammates for her. Dendro teammates should be element appliers like the Dendro Traveler or Collei. This will allow Nilou to create enough Bountiful Bloom Cores to blast away mobs quickly.