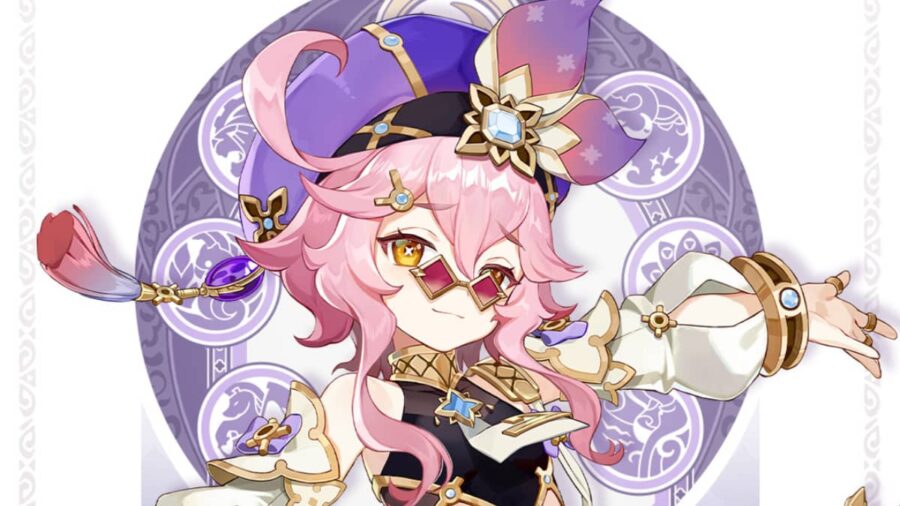 If she isn't singing about Mora, Genshin Impact's Dori is probably collecting it. She can become one of your companions in Teyvat, bringing her Jinni along with her. Read on to learn how to make use of her in combat and on your teams.

The most important part of Dori's kit is her Elemental Burst: Alcazarzaray's Exactitude. This summons the Jinni's lamp that heals and regenerates energy for the on-field character, as well as occasionally dealing damage and applying Electro in a line between the lamp and the on-field character. She has a lot of potential as a support unit in Electro-Charged, Spread, and Aggravate teams.

Ring out, The Bell has finally seen its day. Dori can make good use of its HP sub-stat since her Elemental Burst's healing scales on her max HP. The weapon skill doesn't add as much to her kit, but the shield it can generate may be able to help you out in a pinch. Other weapons you could use are the Favonius Greatsword or the Sacrificial Greatsword. They both have an Energy Recharge sub-stat to help with her high Elemental Burst Energy cost at 80. If you plan to use her on an Spread or Aggravate team, the new Sumeru craftable Claymore, Forest Regalia, is an excellent choice as well. It doesn't add to her capability as a healer, but significantly increases her capability as a battery.

Since Dori's healing scales on HP, the Tenacity of the Millelith Artifact set will boost that healing significantly. She can also take advantage of the four piece bonus, particularly at higher constellations that boost her Elemental Skill. If you prefer to focus solely on Dori's Elemental Burst, combining the two piece Emblem of Severed Fate set with a two piece Tenacity of the Millelith set will work as well.

Related: How to unlock Old Vanarana in Sumeru in Genshin Impact

Related: How to find the bad guys hiding in Vimara Village in Genshin Impact

What you need to ascend Dori in Genshin Impact

Aside from the standard amounts of experience books and Mora, Dori needs Vajrada Amethyst pieces, Red Satin pieces, Kalpalata Lotuses, and Thunderclap Fruitcores, dropped by the Electro Regisvine. To level her talents you'll need even more Mora and Red Satin pieces, as well as Ingenuity Talent Level-Up Materials found in the Steeple of Ignorance Domain, Bloodjade Branches dropped by Azhdaha, and Crowns of Enlightenment if you want to max out a skill. We can only recommend using a Crown on her Elemental Burst.

Dori pairs really well with other Electro and Dendro DPS characters: Keqing, Raiden Shogun, Cyno, and Tighnari are just the start. You can also use her to supplement other Dendro and Electro support characters that don't have access to healing, such as Fischl, the Dendro Traveler, or Kujou Sara.