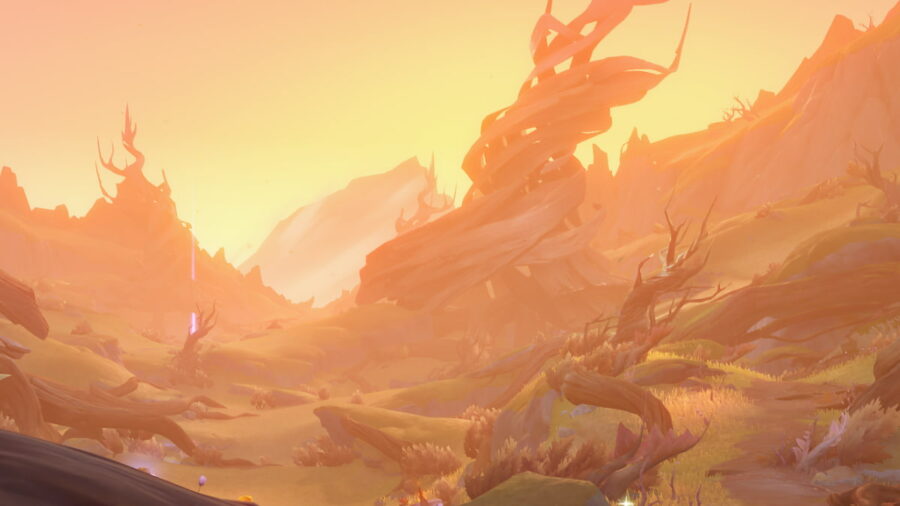 Sumeru's World Map is filled with mysteries, including areas that can only be unlocked after reaching certain milestones in one of the region's most important World Questlines: Aranyaka. For instance, Vanarana, the home of the little forest fairies called Aranara, comes in two forms that can be unlocked during Aranyaka: Part II - Dream Nursery. Meanwhile, you'll find that there's a blocked-off section southwest of Vanarana, which you'll later discover is called Old Vanarana.

How to unlock the Lost Nursery in Sumeru in Genshin Impact

Old Vanarana is part of an area called the Lost Nursery. To unlock it, you must complete the entire Aranyaka World Questline up to Aranyaka: Part III - Nursery of Lost Dreams. The second quest in this segment is called For the Children of the Past, where you must follow Arama into Old Vanarana. This is the only way to enter the area—you will be barred from entry if you try to enter without following this questline.

While you can enter Old Vanarana, you won't be able to unlock the Statue of The Seven just yet, so the area will not be lit up on the World Map. Make it a point to unlock the Teleport Waypoints that you encounter along the way to make it easier to return.

To unlock the Statue of The Seven in Old Vanarana and light up the area in the World Map, you first need to defeat Marana's Avatar and complete For All Children Who Long for Life, which is also part of the Aranyaka: Part III - Nursery of Lost Dreams questline. After that, teleport to the Teleport Waypoint in the Fane of Ashvattha (where the arrow starts in the image above) and look ahead—simply run forward to find the Statue of The Seven. Assuming that you've unlocked the rest of the Sumeru World Map, lighting up this final area will merit you with the Sumeru: The Rainforest of Lore Achievement called Continental Explorer: Sumeru Boscage.

Check out our Genshin Impact “Hello,” “Thank You,” and the Final “Goodbye” World Quest guide – Aranyaka Part IV to complete the Aranyaka questline.

How to unlock Old Vanarana in Sumeru in Genshin Impact