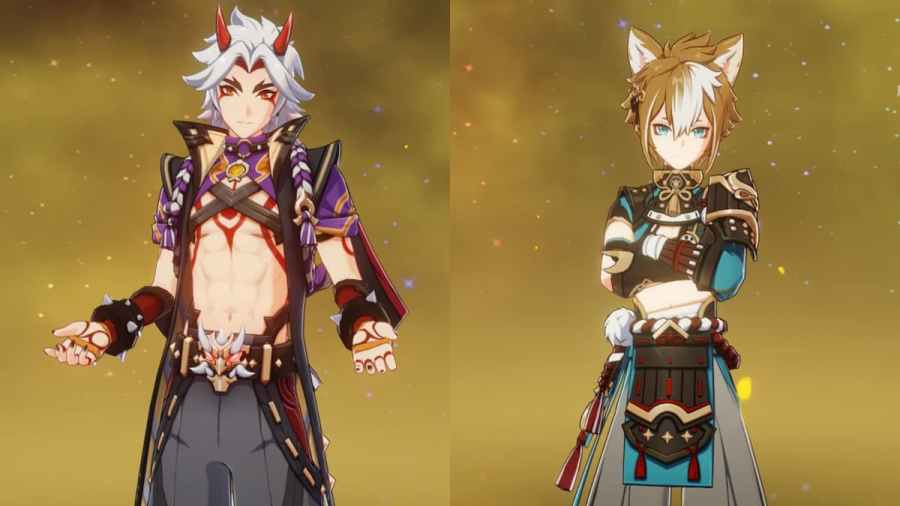 In Genshin Impact, a character's primary abilities often receive their time in the spotlight, with flashy visual effects and high damage numbers. However, a character's Passive Talents are frequently overlooked, and several players are not aware of their existence. Today, we'd like to give some love to the forgotten skills, with our list of the best Passive Talents in Genshin Impact.

Rosaria's Passive Talent increases the movement speed of your party members by 10%, but only from the hours of 18:00 to 6:00. This is a unique but oddly specific ability that has less utility than other Talents of the same type. It is an interesting idea, but in practice, it is not too beneficial to your team composition.

Thoma's Passive Talent grants a 20% chance that any fish you catch in Inazuma will grant double the materials. This is a massive help for players who frequently fish in Inazuma, but since there are several other regions, and players will rarely be fishing in one exclusive area, this passive ability is quite situational.

Related: All Fishing Spot Locations in Inazuma in Genshin Impact

Hu Tao's Passive Talent states that when she cooks a dish perfectly, she has an 18% chance to receive an additional "Suspicious" version of that dish. While this ability is humorous, it is less helpful than other cooking passives that grant a dish of equal quality. Ayato also shares this ability under a different name, but neither of these passive abilities shine brighter than their peers.

Ningguang's Passive Talent displays the location of any ore veins in close proximity. This is helpful for players who love forging items, and it is not restricted to a single region. While Ningguang's passive ability isn't quite a lifesaver, it is generally useful for locating materials.

Yoimiya's Passive Talent grants a 100% chance of refunding a portion of materials used in crafting certain Furnishings. This passive is extremely helpful for players who frequently customize their Serenitea Pot, and reduces the need to search for materials.

Gorou's Passive Talent reveals the location of nearby Inazuman resources on the minimap, which is a lifesaver when searching for dozens of Onikabuto to grind for Itto and Heizou. Since Inazuma is full of nooks, crannies, and underground portions, this Talent is especially useful for finding necessary materials.

Tartaglia's Passive Talent increases each of your party members' Normal Attack level by one while he's in the party. This ability is a nice boost for under leveled characters, placing your team on a similar playing field. This passive is especially helpful for Physical DMG teams, rather than Elemental Reaction teams.

Sayu's Passive Talent prevents your party members from startling small animals, like foxes and Crystalflies. This is effective when using the Omni-Ubiquity Net to capture creatures for your Serenitea Pot, since you can sneak up on them with less difficulty.

Itto's Passive Talent grants party members a 25% chance to get an additional log of wood when attacking a tree. This ability is crucial when harvesting wood for Furnishings, since it vastly reduces the amount of work required. While it has little use outside of the Serenitea Pot, it is a huge help when collecting materials for Furnishings.

When you perfectly cook a dish with restorative effects, Jean's Passive Talent gives you a 12% chance to obtain double the product. For a majority of Genshin players, healing dishes are the most frequently cooked items. Jean's passive grants a small chance to provide an extra healing meal, placing one more emergency snack in your arsenal, and promoting Jean to the top of the list.