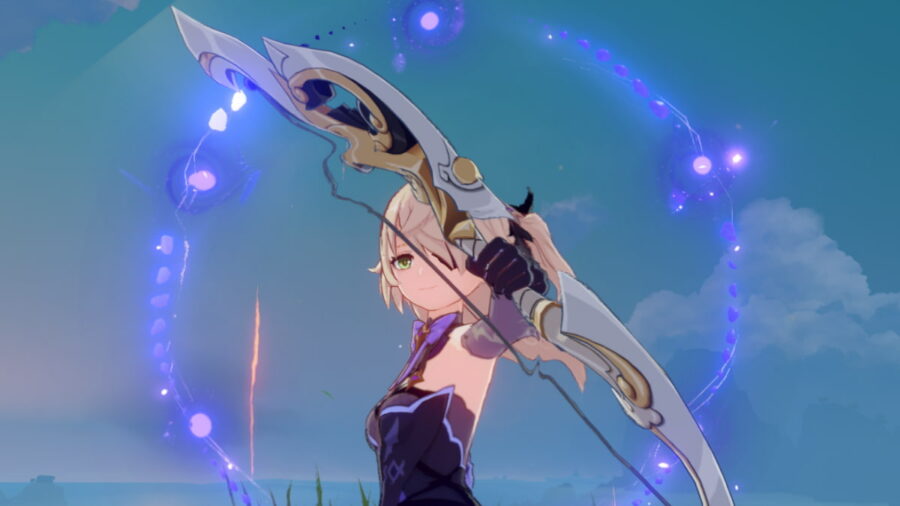 Fading Twilight is a high-attack bow that boosts the wielder's Damage based on the state that it rolls. Its Energy Recharge substat and ability to boost off-field characters' Damage make it a perfect bow for Sub-DPS units that rely on their Elemental Burst. Fading Twilight can only be obtained through a limited-time event, so make sure to participate while it's running.

How to Get Fading Twilight and Refinement Materials

Fading Twilight can be obtained from the Perilous Trail event, which runs from May 31, 2022, to June 20, 2022. Players can claim the weapon by completing Direcliff Court at Default Animosity or higher. Meanwhile, being an event-exclusive weapon, it's not possible to obtain copies of Fading Twilight for refinement. Instead, it can be refined using Glowing Gems.

All four Glowing Gems can be obtained through the following:

Related: How to unlock The Tales Behind the Fan World Quest in Genshin Impact

Who Can Use Fading Twilight?

Despite being a free four-star event weapon, Fading Twilight's stats are pretty impressive, starting with its high base Attack. It's best wielded by off-field Sub-DPS characters who can deal Damage using their Elemental Burst, as the weapon provides a good amount of Energy Recharge and boosts Damage even when the wielder is off the field.

If you're considering another bow that can boost off-field Damage, check out our guide on Aqua Simulacra: How to get, Ascension, stats, and who can use it in Genshin Impact.

Fading Twilight: How to get, Ascension, stats, and who can use it in Genshin Impact