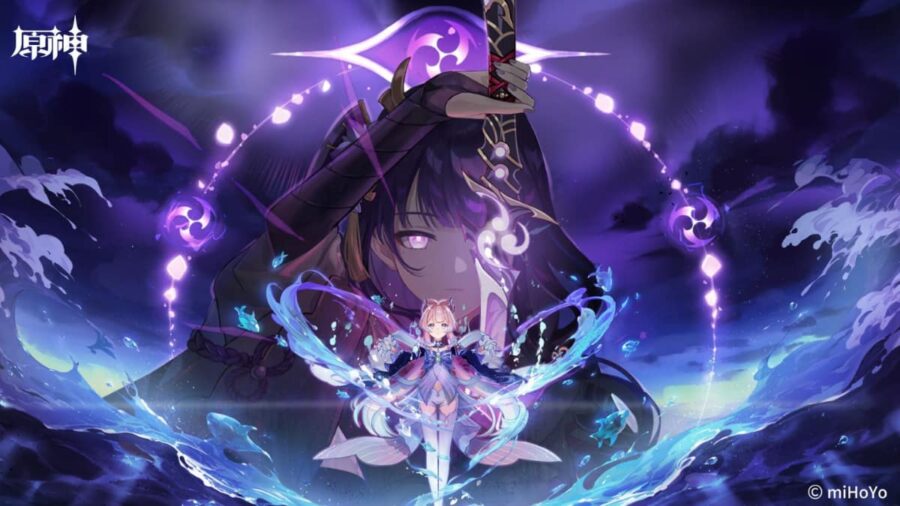 Genshin Impact's development team continues to expand Teyvat with new areas, characters, and exciting events and stories, one up date at a time. While Version 2.5 just dropped, there's a lot to be excited about in the upcoming Version 2.6 update, which players expect to be huge!

A huge thank you to UBatcha, Genshin_Intel, WFP, Honey Impact, Project Celestia, and the Genshin Impact community for providing information.

Genshin Impact's Version 2.6 update is scheduled for Mar. 30, 2022. This is subject to change but falls in line with the game's attempt to roll out a consistent six-week update period.

This is our tentative road map of when the updates should be released. Anything after Version 2.6 is purely guesswork based on the game's six-week update schedule so far, as HoYoverse has not released another roadmap.

Genshin Impact has confirmed that Kamisato Ayato, the head of the Yashiro Commission and Kamisato Ayaka's older brother, will be released in Version 2.6. He's a five-star Hydro sword user who can create doppelganger-like images of himself with his Elemental Skill and a field of Hydro flowers with his Burst. His banner placement and accompanying four-stars are currently unknown, but some speculate he may occupy the first half.

Yelan's in-game model was batched together with the Version 2.6 beta files, but she is currently not known to be released for testing. As a result, the information circulating around her is extremely unreliable. Leakers believe that she may be a five-star Hydro bow user and that she may appear in a later update—most likely in Version 2.7.

Some leakers have suggested that Version 2.7 may house the last batch of new five-star character drops before 3.0, with 2.8 being a dedicated full rerun patch. However, with months before these updates drop, the information could very well change in the near future.

Speculative characters who may come out before (or after) the Sumeru update include:

Genshin Impact has confirmed that Version 2.6's first banners will feature the new character, Kamisato Ayato, as well as a rerun of the Anemo Archon, Venti. They will run concurrently with shared pity, but with two separate banners. Meanwhile, the second half will be occupied by Kamisato Ayaka alone.

See below for the new weapon that's expected to drop in Version 2.6. Keep in mind that it hasn't been confirmed, so don't take the information as final.

Leakers have discovered two major quests that may drop in Version 2.6.

New Artifact Sets will be dropping in Version 2.6. They will be farmable in Artifact Domains located in The Chasm. Moreover, leaks suggest that they may replace the Gladiator's Finale and Wanderer's Troupe in the Domain Reliquary: Tier II rewards from the Spiral Abyss.

Echoes of an Offering

It's confirmed that The Chasm will release in Version 2.6. While HoYoverse dropped some compelling hints during the Version 2.5 livestream, leakers have unearthed more details that could possibly arrive in the next update.

The Lumenstone Adjuvant has been leaked to be a structure similar to the Sacred Sakura. Feeding it Lumenstone Ore and Lumenspar will increase its level and unlock exploration mechanisms, such as lighting up certain areas, marking nearby collectibles, triggering mechanisms, etc. Some leaked rewards include a Crown of Insight and some Acquaint and Intertwined Fates.

HoYoverse has confirmed the appearance of the Ruin Serpent, which is expected to be a giant Ruin Sentinel-like creature. Leaks suggest that it may be a World Boss.

Related: How to complete the Three Realms Gateway Offering: Part I Event Quest in Genshin Impact

This event has been leaked to be similar to the recent A Study in Potions event. There are six battle stages, with two chambers within each. It's possible to slot in three triggers and effects (subject to change) and pre-picked trial characters that pair well with the corresponding buffs.

A post by u/ukrisreng in r/Genshin_Impact_Leaks revealed leaked images of the Irodori Festival, which has been confirmed to be one of the larger events to drop in Version 2.6. Set in Inazuma, the event will feature a colorful cast of characters across all three nations: Albedo, Kaedehara Kazuha, Kamisato Ayaka, Kamisato Ayato, Klee, Kujou Sara, Venti, Xingqiu, Yae Miko.

Albedo and Xingqiu's involvement may be connected to the banners in the leaked images, which feature the artwork in A Legend of Sword—a book Xingqiu wrote and Albedo illustrated. The setup looks similar to a book-signing event, but nothing has been confirmed. Additionally, Xingqiu is confirmed to be the free four-star character reward.

Raiden Shogun plushies will go on sale at the Irodori Festival, but it's unclear whether they will be distributed to players. The event is expected to be centered around the following mini-games:

Outside the Canvas, Inside the Lens

An illustrator named Asagiri is searching for inspiration for her illustrations. In this confirmed event, your job is to take photos of landscapes all over Teyvat according to Asagiri's instructions.

Spices from the West

A cooking event has been confirmed to appear in Version 2.6. It will involve an academic from Sumeru who's researching spices. Players must discover recipes and blend the correct spices, which can be offered to Serenitea Pot Companions based on their preferences.

The classic Ley Line Overflow event is going to make a return, allowing players to farm double the Mora and Hero's Wits.

While Version 2.6 brings a ton of excitement in the air, don't forget that there's a big event happening in-game in Version 2.5 right now. Check out our guide on How to complete the Three Realms Gateway Offering: Aftermath Event Quest in Genshin Impact to participate.

Genshin Impact 2.6 – Leaks, reruns, events, new area, and everything we know so far