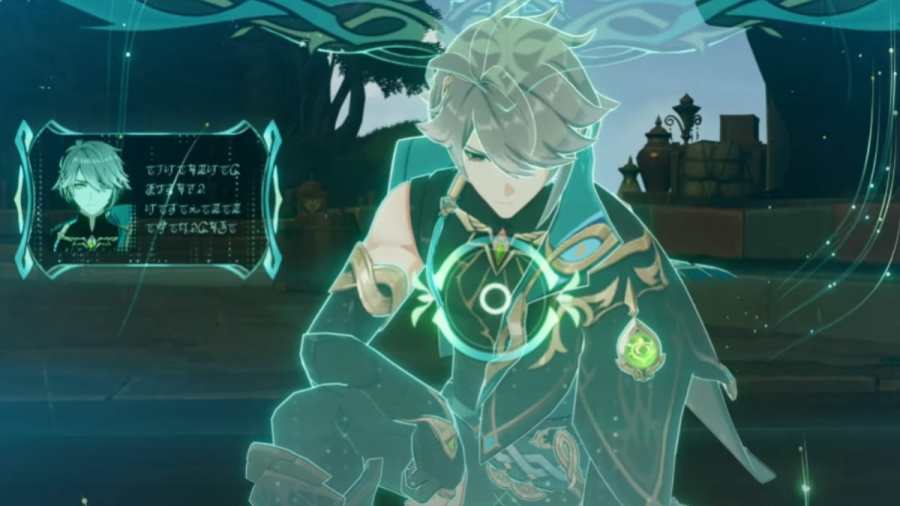 Despite still being in the works, Genshin Impact's upcoming five-star Dendro sword unit, Alhaitham, is already making headlines for the controversy surrounding his leaked kit. Alhaitham was leaked to allegedly become a DPS unit, with a kit that the community claims to be similar to Keqing's, but with better multipliers.

Characters are typically fine-tuned in the beta prior to their release, so it came as a shock when Alhaitham's initially stellar performance was allegedly hit by a major nerf. A post on r/Genshin_Impact_Leaks showcases what they claim to be the nerfed numbers. Based on the information provided, Alhaitham's Elemental Skill seems to be particularly hard-hit, with Elemental Mastery multipliers down from 705 percent to 282 percent.

While these numbers look harmless to the English-speaking community, some Chinese fans took to Twitter to express their disdain over this alleged nerf. In particular, they were upset about the 2-Mirror Projection Attack Damage numbers, which were leaked to maybe undergo the following changes:

The number 2333 is a commonly-used slang in the Chinese community to mean "lol" or "hahaha." According to Twitter user @YULAN_1018, HoYoverse's use of 2333 for Alhaitham's alleged multiplier indicates that the developer is mocking the player base. Chinese players have been expressing their anger on Twitter, especially as they believe the numbers leakers claim aren't likely to be reversed.

While this number could very well be a coincidence, the accusations align with the developer's recent crackdown on leaks, which has done little to limit their spread. So while Sumeru's ever-reliable Scribe has shown to be more than capable in-game, leaks allege that HoYoverse seems hell-bent on turning his DPS prowess into dust. Keep in mind that this information is based wholly on leaks and should be taken with a grain of salt.