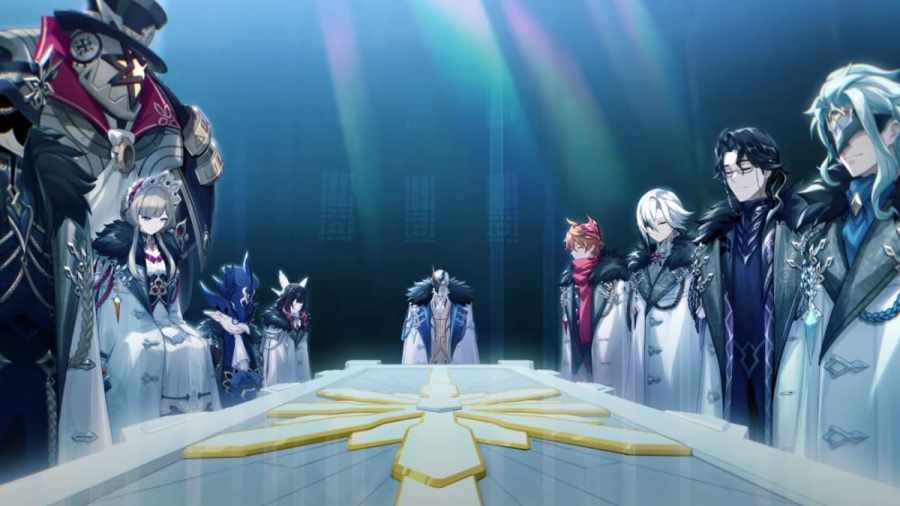 The eleven Fatui Harbingers make up Genshin Impact's attractive cast of antagonists. They're individuals who come from all walks of life and various points of Teyvat's timeline and now devote their services to Snezhnaya's Cryo Archon, the Tsaritsa. Harbingers are the highest rank of the Fatui, often sent on risky missions, such as retrieving the Gnoses from other Archons.

Since the Harbingers were collectively introduced in the iconic trailer called A Winter Night's Lazzo, the group has garnered massive attention among the player base. The particularly attractive character designs have enlightened the creation of fan subreddits, such as r/ArlecchinoMains and r/DottoreMains, brimming with fanart and anticipation for their hopeful release.

Despite the massive popularity of these antagonists, little is known about them, so much so that even their ranks remained a mystery up until recently when leakers pulled the information out of the Version 3.4 beta files. The Fatui Harbingers are known to be ranked by strength, the first being the strongest and the eleventh being the weakest.

While Pierro, the Jester, was once speculated to be number one, leaker @hxg_diluc believes that Pierro instead plays the role of their leader and does not belong to the ranking system. Meanwhile, the rest of the Harbingers are allegedly ranked as follows:

The same leaker alleged that Capitano is so strong that he can be considered the strongest individual in Teyvat, even among non-humans, although the scope of this comparison is unknown. The leaker also stated that Capitano manages the army, evident by his canon run-in with Varka's expedition. Meanwhile, Arlecchino is allegedly involved in spy activities, which has been made clear in some facets of the game. In The Very Special Fortune Slip quest chain, she was revealed to run the House of the Hearth orphanage, where children were raised to become Fatui and were then likely deployed as spies.

Keep in mind that these are leaks and are to be taken with a grain of salt. HoYoverse has not confirmed the information in this article.

Check out our guide on What is a Gnosis in Genshin Impact? here on Pro Game Guides to learn more about Genshin lore.