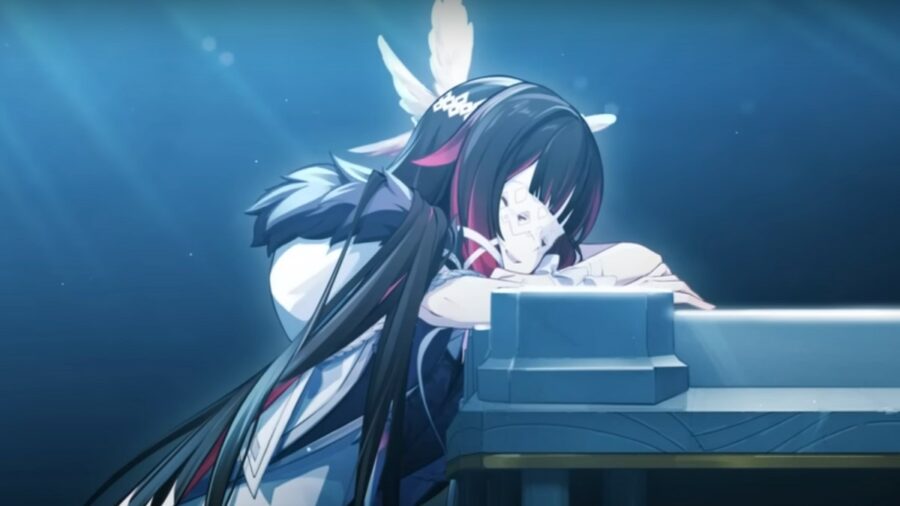 The Fatui Harbingers in Genshin Impact are ranked by strength, whether that be thier combat prowess or their access to power within Snezhnaya and Teyvat. Out of eleven Damselette, or Columbina, ranks third. Here's what we know of her.

Who is Columbina from Genshin Impact?

You may also know her by her codename, Damselette. Her given name, Columbina, comes from the Commedia dell'arte and means "little dove." We were given our first glimpse of her during the A Winter Night's Lazzo promotional video. It was very brief, and she said very little. However, many fans believe it was her who is singing throughout the video.

Columbina appears to be a young woman with dark hair, wings on the back of her head, and white ribbons over her eyes. There are unfortunately very few references to her in Genshin Impact as of the time of writing. In his About Damselette voice line, Childe says, "I'd test my skills with every Harbinger who ranks above me if I had the chance, but when it comes to her... something just doesn't feel right."

Related: Who is Rosalyne in Genshin Impact?

Is Columbina from Genshin Impact a Seelie?

We can't say for certain, but this fan theory seems believable. It's largely based on three things. First, fans take Childe's "something just doesn't feel right" line to mean that she is not human. Second, Columbina has wings on the back of her head that are similar to the wings carved in Seelie Courts. Finally, some fans of both Genshin Impact and Honkai Impact 3rd see similarities between Columbina and Veliona, the alter ego of Seele Vollerei. It's possible that Columbina may be an "expy" of Veliona, and the similarity of Seele and Seelie is suspect, to say the least.

Who is Columbina in Genshin Impact?