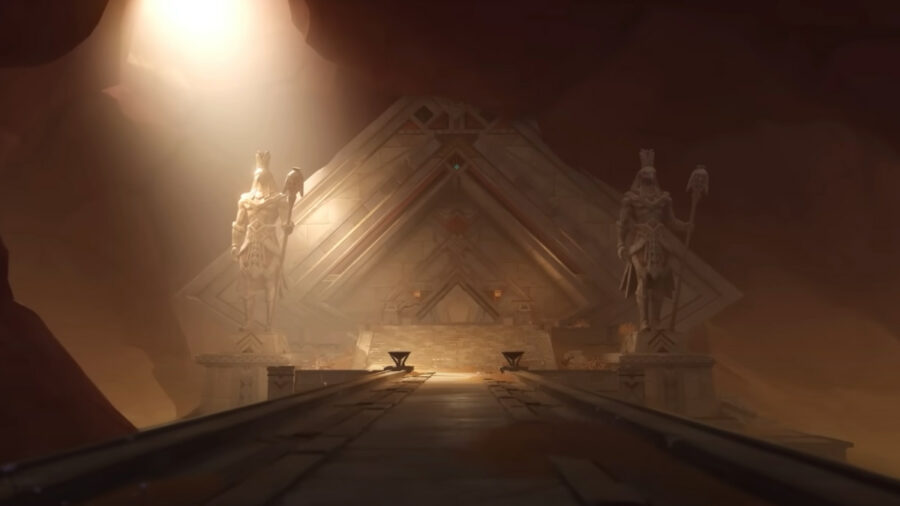 Sumeru is a nation of contrasts, characterized by the stark division between its rain forest and desert regions. These regions are known to house different people, beliefs, cultures, and conflicts, resulting in various disagreements between their people. While players were able to explore the rain forest expanse that stretches from the Avidya Forest to Vanarana, the desert area has been blocked off from exploration in the meantime—save for the small desert portions around Old Vanarana and Caravan Ribat.

However, leakers believe that Version 3.1 will reveal Sumeru's desert region, which was designed with Egyptian-like architecture and motifs. A bold leak posted by ruri on YouTube showcases a tour of what is allegedly an underground ruin in the desert.

Note: The YouTube channel that showcased these leaks has been terminated.

The video introduces a massive expanse that could take hours for players to explore. Genshin Impact has been experimenting with different ways to further expand its World Map, introducing vertical exploration in The Chasm and Dragonspine, lost regions through Enkanomiya, and even underground expanses through Inazuma's Tsurumi Island and Sumeru's rainforest region.