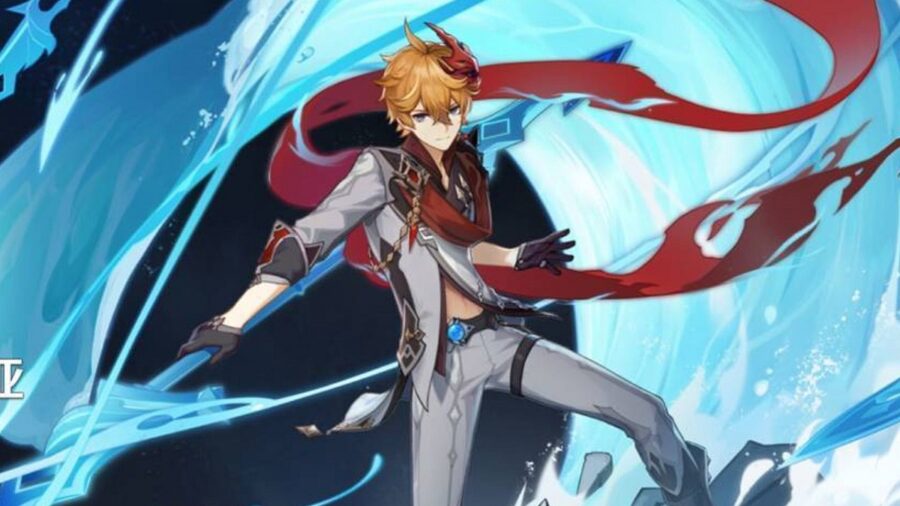 We have made a new format for all of this information, and it includes everything you need to know for Tartaglia!

Here's a guide giving more information on what Childe can do!

Childe is really his alias; his real name is Tartaglia, and he is No.11 of the Eleven Harbingers of the Fatui! He first appeared in-game during Chapter 1, Act 1 of the Teyvat Chapter Storyline, and was released in the Farewell of Snezhnaya banner on November 11, 2020, in Patch v1.1.

This Elemental Skill changes depending on what Stance Childe is currently in.

For Childe's materials needed for Ascension and leveling up Talents, head to our Farming for Childe Guide where we have a detailed guide on where to get the materials and how much you need!