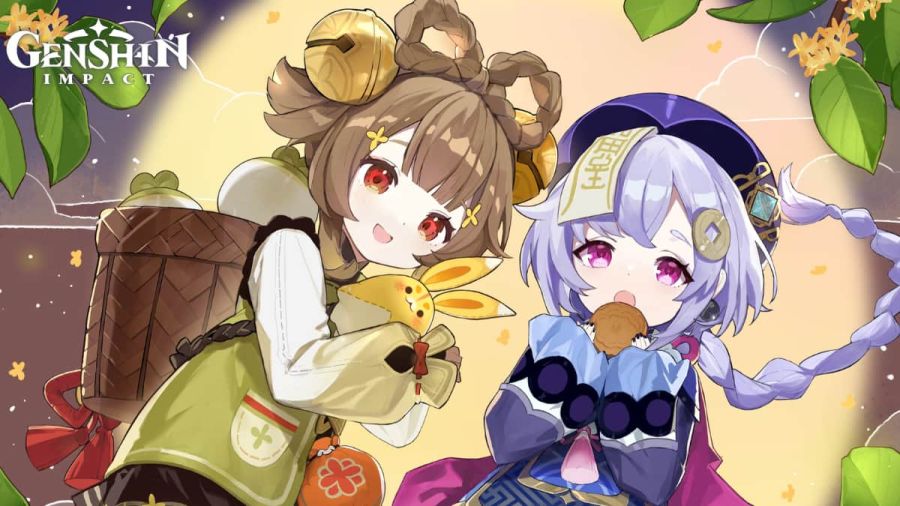 Yaoyao is a character from Liyue who has appeared in official artwork for years but was only announced to release in the Version 3.4 update. Here's everything we know about Yaoyao from official information and leaks shared by the community. Be warned that official sources have not yet confirmed leaked information, so please take them with a grain of salt and know that changes in the actual release are more than likely to happen.

Yaoyao is the disciple of the Streetward Rambler, who players may better know as Madame Ping. She shares the same master as Xiangling, so the two are certainly not strangers to each other. Despite being younger, Yaoyao has shown to be incredibly mature, often berating Xiangling when the latter is about to get herself into trouble. Yaoyao has always been considerate of others, earning the affection of the adepti. Her heartwarming personality has not escaped the Cloud Retainer, who gifted her with Yuegui, a bunny companion who always protects Yaoyao from danger.

Genshin Impact has yet to confirm an official release date for Yaoyao. However, her appearance in the Version 3.4 beta indicates that she will likely be released in the upcoming version, assuming no production delays. Version 3.4 is expected to go live on around January 17 or 18, 2022. This is based on the game's six-week update timeline but is by no means a 100 percent confirmed date.

Yaoyao is a Dendro character who wields a polearm, as is a tradition among Madame Ping's disciples. A leaked gameplay video posted by Lu Bu Feng Xian on YouTube showcases what Liyue's first Dendro unit is allegedly capable of doing in the beta. Additionally, leaked kits posted by @Dimbreath on Twitter and crossposted on r/Genshin_Impact_Leaks speculate that Yaoyao's kit may be revolved around healing.

Yaoyao's Elemental Skill can allegedly aim Yuegui in a similar fashion to Amber's Baron Bunny. Yuegui is then shown throwing White Jade Radishes, which, according to the leak, can deal AoE Dendro Damage and heal based on Yaoyao's max HP. Meanwhile, her Elemental Burst seems to release multiple Yueguis in succession, with a similar effect to the Elemental Skill.

While waiting for Yaoyao's release, check out our guide on How to find opponents in Genshin Impact Genius Invokation TCG here on Pro Game Guides.