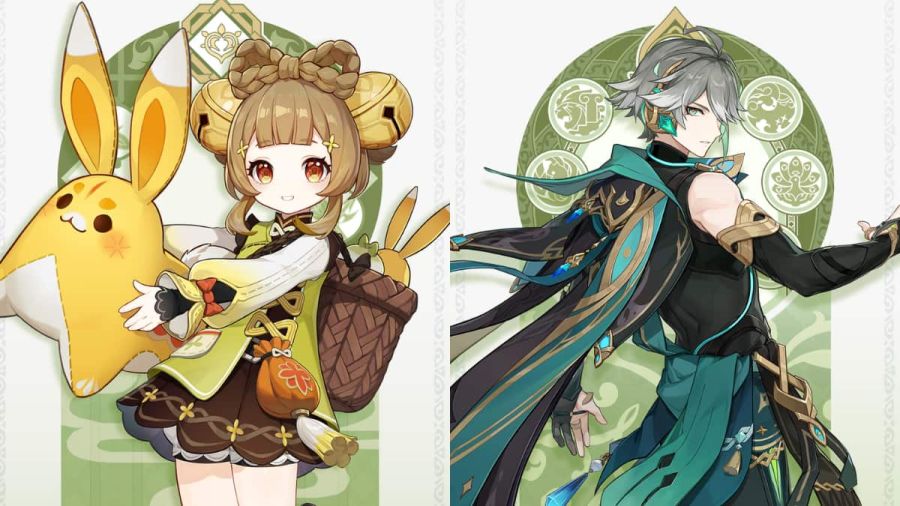 Genshin Impact has officially introduced the two new characters expected to arrive in the Version 3.4 update. Alhaitham and Yaoyao are long-awaited names who have gathered fans after being teased in various parts of the game prior. And these Dendro additions could join eager players' teams sooner than expected.

These characters are expected to release in Version 3.4, which will fall around January 18, 2023. This aligns with Genshin Impact's yearly Lantern Rite celebrations, so Yaoyao's timely release may spark a return to Liyue sometime soon.

Alhaitham is an Akademiya scholar who works as a scribe. Players got to know and work with during the Sumeru Archon Quest. While he has a mysterious air around him, Alhaitham has shown to be a reliable co-conspirator whose intelligence and quick thinking helped free Nahida from the gripes of the evil scholars. He's described to have a stable job and a cushy house, which has been invaded by his persistent roommate, Kaveh.

Meanwhile, Yaoyao, who has been teased in official artwork and voicelines for years, is finally about to become a playable character. The young child is a disciple of Madame Ping, also known as the Streetward Rambler. Despite being human, she has earned the affection of the adepti, even receiving her companion Yuegui from the Cloud Retainer herself.

Genshin Impact has a history of releasing what fans have dubbed as "drip marketing" announcements showcasing upcoming characters before the previous version update. Alhaitham and Yaoyao would have typically been announced a few days before the Version 3.3 update, but they were marred by unprecedented delays.

This could have been partly due to the fact that HoYoverse has been battling against leaker Ubatcha in a lawsuit via its publisher Cognosphere, causing leakers to lie low. The recent death of previous CCP leader Jiang Zemin also prompted the country to crawl to a standstill, adding to possible reasons for the content delay, which also affected the rollout of Version 3.4 beta files.

Check out our guide on How to get & use Card Backs in Genshin Impact Genius Invokation TCG here on Pro Game Guides to enjoy a new gameplay mode while waiting for V3.4.

Alhaitham & Yaoyao are finally introduced to release in the Genshin Impact V3.4 update