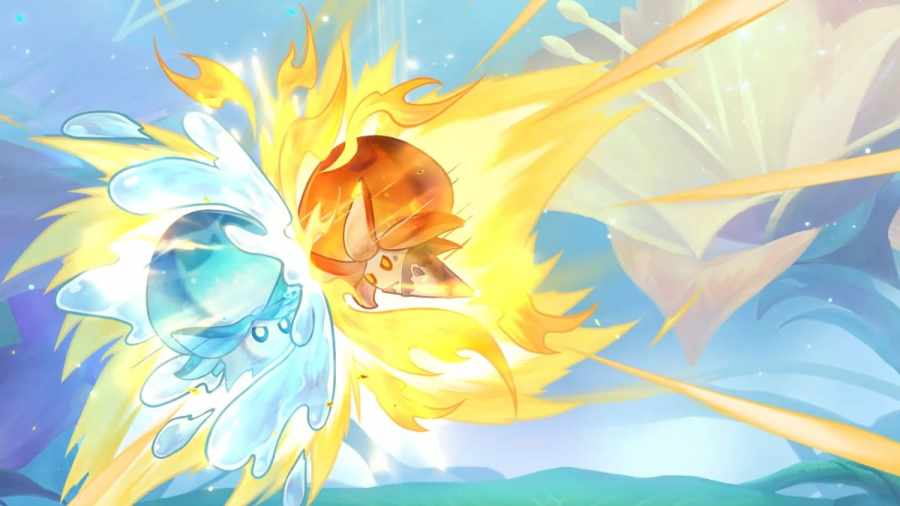 The Genshin Impact Fabulous Fungus Frenzy event runs from November 10, 2022, to November 28, 2022. It introduces players to a beast-taming mini-game similar to Pokemon, where you can capture, train, and battle using fungi buddies from the wild. After capturing and training your fungi, test their abilities in the Nilotpala Lotus Special Training Grounds and get plenty of rewards in return.

You need to complete the following prerequisites to unlock the Fabulous Fungus Frenzy event:

The Nilotpala Lotus Special Training Grounds opens after completing The Most Fantastic Tournament You've Never Heard Of? Event Quest. It's located southwest of Port Ormos, and you can teleport directly to its location by clicking on the special icon in the World Map. There are two challenges with five stages that gradually unlock during the event period.

Before starting a battle, you need to pick four fungi to deploy. To know what each fungus can do, click on the Fungi Archive to understand each fungus' skillset and its role in the team. Fungi aren't so different from characters—they can trigger Elemental Reactions, heal, and deal with different attacks. On that note, it's important to build a team of fungi with great synergy to defeat enemies faster. This is a bit harder to do when your fungi lineup is small, but it will gradually become easier as you catch more fungi buddies.

All the fungi you pick will be deployed at the start of the battle. Pressing the character switching buttons (numbers 1 to 4) will determine which fungus uses its skills. For example, if you have the Floating Hydro Fungus in slot 1, clicking on the number 1 key will prompt the Floating Hydro Fungus to release one of its three skills (Water Bomb, Bubbly Prison, Aqua Strike).

Fungi are able to perform Elemental Reactions, so make sure to pick skills that could help you defeat strong enemies quickly. For example, you can mitigate the damage dealt by strong Mitachurls by freezing them with the Floating Hydro Fungus and Whirling Cryo Fungus' skills.

It's not possible to spam skills. You need to pick up Plauditory Protections, gold leaves occasionally appearing in battle. Picking them up will increase the number of times you can use any skill. You need to do this fast as the gold leaves will disappear shortly. Keep track of how many skills you can use by checking on the yellow mushrooms on the bottom right of the screen, above the fungi icons.

In this gameplay mode, you need to choose fungi to deploy and prompt them to use skills to overpower enemies. However, you can target which enemy the fungi should focus on, allowing you to control the battle strategy. For example, you can target a Samachurl before a Mitachurl to ensure that you defeat the healer first.

To target enemies, simply click and hold the Elemental Skill button, hover toward the enemy you want to target, then release. Each challenge has a time limit. You can score more points by completing challenges quickly and keeping your fungi alive. You need to score 2,000 points per stage to get all of the challenge rewards.

This gameplay mode is the all-familiar Ley Line Monolith protection challenge. The mechanics are similar to Coordinated Assault in that you can also target enemies. To target enemies, simply click and hold the Elemental Skill button, hover toward the enemy you want to target, then release.

However, you also need to keep the Ley Line Monolith alive throughout the challenge. Use tactics like freezing the enemies or interrupting their attacks with the Stretchy Geo Fungus' skill. You can score more points by keeping the Ley Line Monolith's HP as high as possible and ensuring that your fungi stay alive. You need to score 2,000 points per stage to get all of the challenge rewards.

Head to the event menu and select Prepare for Tournament. Switch to the third tab, then choose between the sword and shield icons below the fungi illustration to switch between the Coordinated Assault and Zone Defense challenge reward pages. You only need 2,000 points for each stage to get all of the rewards—make sure to collect rewards for both!

The Fungus Medal obtained from these challenges can be used to purchase a Crown of Insight and talent materials from the event shop. Spending 1,000 Fungus Medals is also a prerequisite for getting Dori for free.