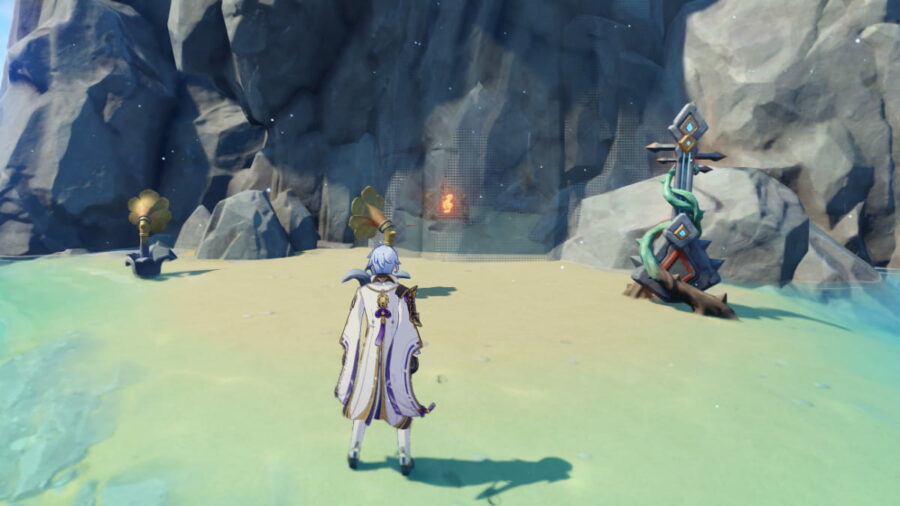 The Treasure of the Four Skerries is a limited-time hidden World Questline that can only be completed during Genshin Impact's Summertime Odyssey event, which runs from July 15, 2022, to Aug. 24, 2022. It involves sailing to obscure islets around the Golden Apple Archipelago to find treasure left by Ako Domeki and his crew.

How to unlock Treasure Clue: Broken Isle in Genshin Impact

To unlock this segment, you first need to find the three Route Logs to unlock The Treasure of the Four Skerries World Questline. The Treasure Clue: Broken Isle segment will appear in your quest menu. There will be two more quests for the Twinning Isle and Minacious Isle, but you can do all three in any order.

How to complete Treasure Clue: Broken Isle in Genshin Impact

Follow the quest marker and sail to the islet northwest of the Golden Apple Archipelago. You can't find this area on the map, and there are no Teleport Waypoints nearby, so use the Waverider to get there. You'll encounter a Melodic Bloom puzzle. There are a lot of Melodic Blooms around the area, but you only need to pay attention to the four marked in the image above.

Once you're done making adjustments, interact with the Melodic Harp to break the barrier and unlock the Common Chest. Loot it to get the Quest Item called Ako's Treasure: Location 1. You can proceed with completing the Treasure Clues for the Minacious Isle and Twinning Isle in any order. When you're done with those, you can move on to Where the Treasure Dwells.

Check out our guide on How to unlock and complete The Discarded Insignia World Quest in Genshin Impact – The Scattered Past questline to help out some Fatui members in the GAA.

How to complete Treasure Clue: Broken Isle in Genshin Impact – The Treasure of the Four Skerries World Questline