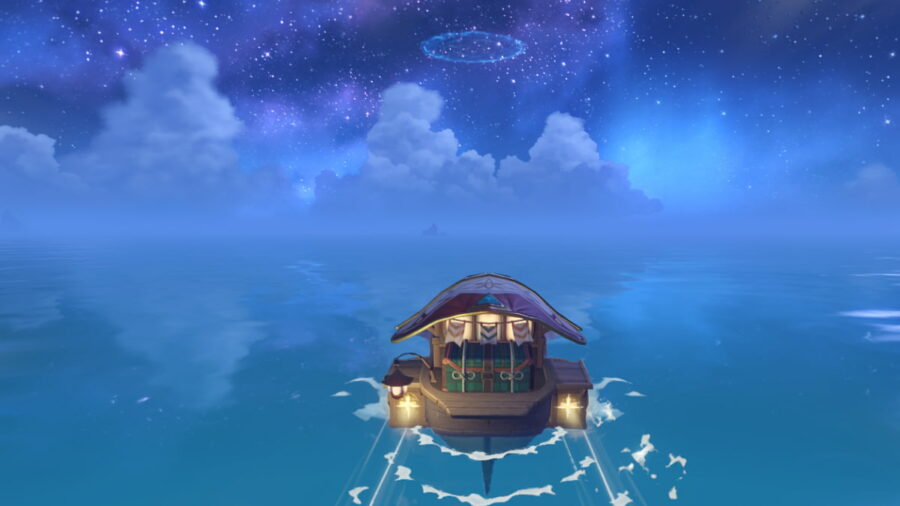 How to unlock Treasure Clue: Minacious Isle in Genshin Impact

To unlock this segment, you first need to find the three Route Logs to unlock The Treasure of the Four Skerries World Questline. The Treasure Clue: Minacious Isle segment will appear in your quest menu. There will be two more quests for the Broken Isle and Twinning Isle, but you can do all three in any order.

Related: Where to find the hidden Phantasmal Conch (Misplaced Conch 2) in Broken Isle in Genshin Impact

How to complete Treasure Clue: Minacious Isle in Genshin Impact

Next, use the quest marker to find the islet west of the Minacious Isle, which you can get to using a Waverider. Once you're there, climb the mountain and jump down to enter the cave. Use Elemental Sight to find the breakable boulder in the room, then break it using Geo Damage or a claymore. Inside, you'll find a Common Chest containing a Quest Item called Sea Route Log.

Next, use the Waverider to sail in the direction of the constellation in the sky, or southeast. You can simply reference the image above for the exact location of the destination you're looking for. Once you find the islet, climb the rock to loot a Common Chest containing the final Quest Item: A Complete Chart of Ako's Treasure. You can proceed with completing the Treasure Clues for the Broken Isle and Twinning Isle in any order. When you're done with those, you can move on to Where the Treasure Dwells.

Check out our guide on How to unlock and complete The Misplaced Photo World Quest in Genshin Impact – The Scattered Past questline to finish another World Questline in the GAA.

How to complete Treasure Clue: Minacious Isle in Genshin Impact – The Treasure of the Four Skerries World Questline