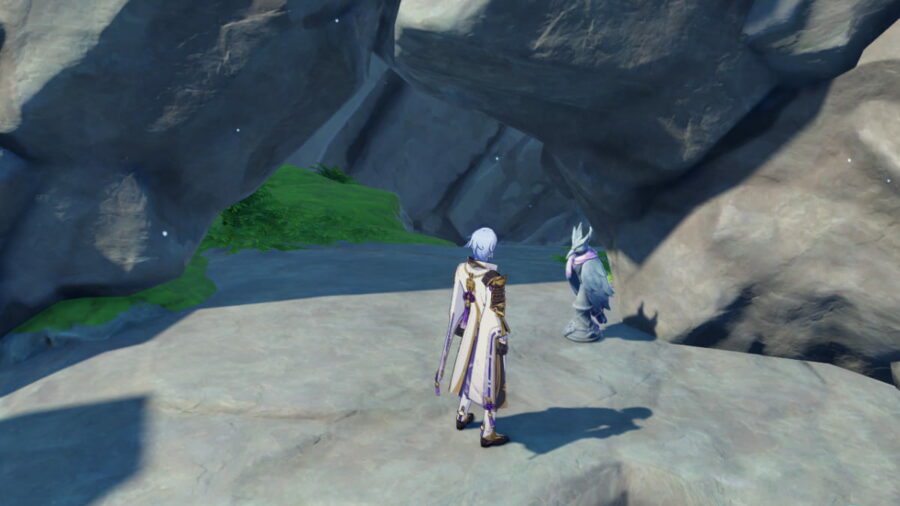 How to unlock Treasure Clue: Twinning Isle in Genshin Impact

To unlock this segment, you first need to find the three Route Logs to unlock The Treasure of the Four Skerries World Questline. The Treasure Clue: Twinning Isle segment will appear in your quest menu. There will be two more quests for the Broken Isle and Minacious Isle, but you can do all three in any order.

How to complete Treasure Clue: Twinning Isle in Genshin Impact

Follow the quest marker to the island northeast of Twinning Isle. You can get there using a Waverider. Once you're there, climb the mountain and speak with the Night Raven. He'll ask you to defeat the Hilichurls inside the cave. Once that's done, attack the four-leaf clover using Anemo inside the cave to spawn a wind current to propel you upward, then speak with the Night Raven again.

Related: How to solve the three Precious Chest puzzle under the Broken Isle in Genshin Impact

The Night Raven will teleport beside the Waverider Waypoint on the islet. Your goal is to sail according to his exact directions. He'll be using rocks to guide your sailing direction.

For the next set of rocks, you need to make harsher turns.

On the islet, climb the mountain to find a Common Chest. Loot it to get a Quest Item called Ako's Treasure: Location 2. You can proceed with completing the Treasure Clues for the Broken Isle and Minacious Isle in any order. When you're done with those, you can move on to Where the Treasure Dwells.

How to complete Treasure Clue: Twinning Isle in Genshin Impact – The Treasure of the Four Skerries World Questline