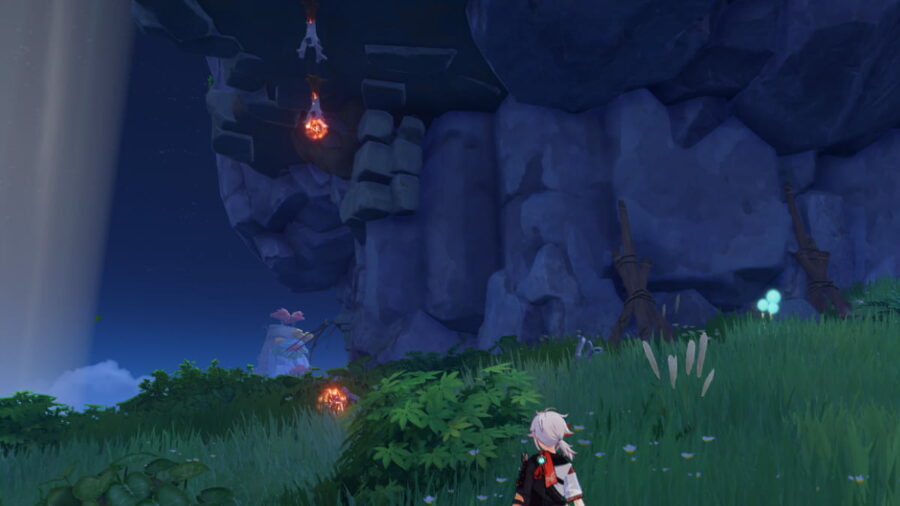 The Golden Apple Archipelago is back for Genshin Impact's Summertime Odyssey event, which runs from July 15, 2022, to Aug. 24, 2022. During this period, you can loot a ton of limited-time Chests by solving puzzles in the summer islands.

You'll find one such puzzle in both the past and present versions of the Minacious Isle. However, you can head straight to the past version of the island, which unlocks after completing the quest segment of The Ancient Azure Stars. You can then use the Place in Water function to switch between the past and present versions of the island. Once you're all set up, head to the area circled in the image below to find the puzzle.

Related: How to find and complete the Rameo & Juliette Hidden Exploration Objective in the Twinning Isle in Genshin Impact

This Pyro torch puzzle is interconnected in the past and present versions of Minacious Isle. If you head to the same area while in the present version, you'll find two upside-down torches and two more on the ground. However, you're unable to apply Pyro to those torches. Instead, you need to head to the past version of the island to solve the puzzle.

You can use the nearby wind current to help propel you to the platform with the torches. All you need to do is apply Pyro onto the two torches specified in the image above in any order. Doing so will unlock a Common Chest reward.

Check out our guide on How to solve the Minacious Isle wall symbol puzzle in Genshin Impact – Summertime Odyssey event to find another puzzle nearby.