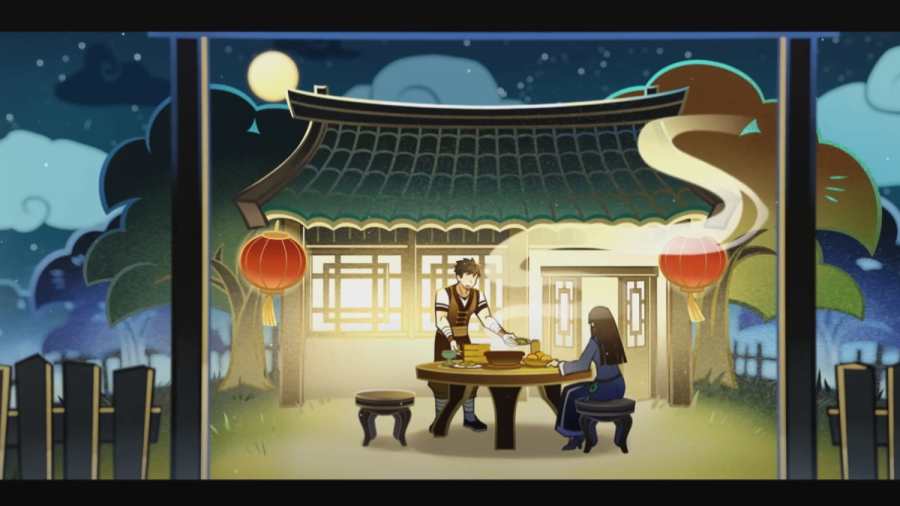 Genshin Impact's Liyue is unapologetically reminiscent of Chinese culture, from sights inspired by real-life locations in China to NPC and character outfits undeniably inspired by traditional Chinese attire. One of the main themes that draw this nation together is food—further amplified by events such as the Moonlight Merriment, a plethora of restaurants lining the city, and characters like Xiangling and Guoba, who are deeply connected to cuisine. Liyue's mouth-watering dishes have even made it to HoYoverse's otome game, Tears of Themis, which celebrates connections drawn by food.

It was only a matter of time before the developer brought Liyue cuisine outside of the animated walls of Teyvat and into live-action. A video posted on the official Genshin Impact YouTube channel introduced a new series called the Gourmet Tour: "Liyue's Cuisine Collection," which showcases a popular Liyue dish cooked by a real-life chef (who looks oddly similar to Wangshu Inn's Smiley Yanxiao).

The first issue features the Slow-Cooked Bamboo Shoot Soup, Geo Archon Zhongli's Special Dish. The relaxing video is a treat to fans and offers a recipe and a general overview of how to cook the featured dish. Unfortunately, the developer did not post detailed cooking instructions, but helpful users in the comment section broke down the steps and ingredients for home chefs to try.

Meanwhile, beginner cooks can turn to talented fans, such as MoriKitchen and Meishika Genshin. They regularly post their renditions of various Genshin Impact dishes on YouTube, with detailed steps on how to recreate each dish.

Check out our guide on How to unlock The Tales Behind the Fan World Quest in Genshin Impact to meet Zhongli in a quest.