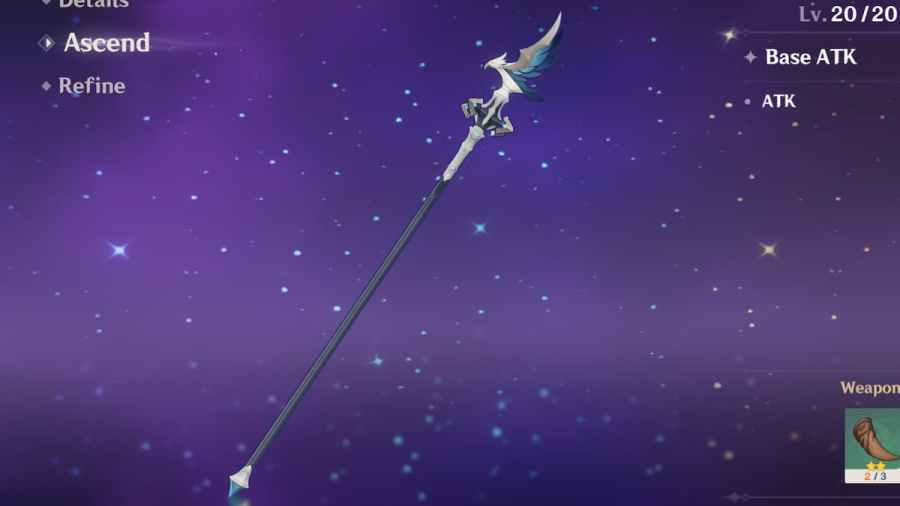 Genshin Impact rewards you with free weapons and character constellations for participating in the main event during each version update. During Version 3.1, the Missive Windspear is not only attainable, but you will be able to fully refine it by the end of the Of Ballads and Brews event. If you obtained this weapon, here's who can best use it.

Who can use the Missive Windspear in Genshin Impact?

Missive Windspear focuses on boosting both Attack and Elemental Mastery, so plan to use it for a damage dealer. Since Xiao has a naturally high base attack, this is a good freebie option to use for him if you haven't been lucky enough to pull the Primordial Jade Winged-Spear. The boost it gives to Elemental Mastery is also good for polearm users who like to do damage via elemental reactions, like Cyno.

Raiden Shogun and Xiangling could also use this spear. However, if you already have "The Catch," it's still a better option. Let's say you are using both characters in a team, like the Raiden National team. If that's the case, giving Missive Windspear to one and "The Catch" to the other can be a viable solution.

Related: Who is Guoba in Genshin Impact Lore?

Since Missive Windspear is an event weapon, you will receive a 1.5x ascension boost if you level up this weapon during Version 3.1. You'll need generic ascension materials such as Mystic Enhancement Ores, Boreal Wolf's Teeth, Gloomy Statuettes, and Slime Condensate. Here is a quick look at the Missive Windspear's stats:

Which characters is the Missive Windspear good for in Genshin Impact?