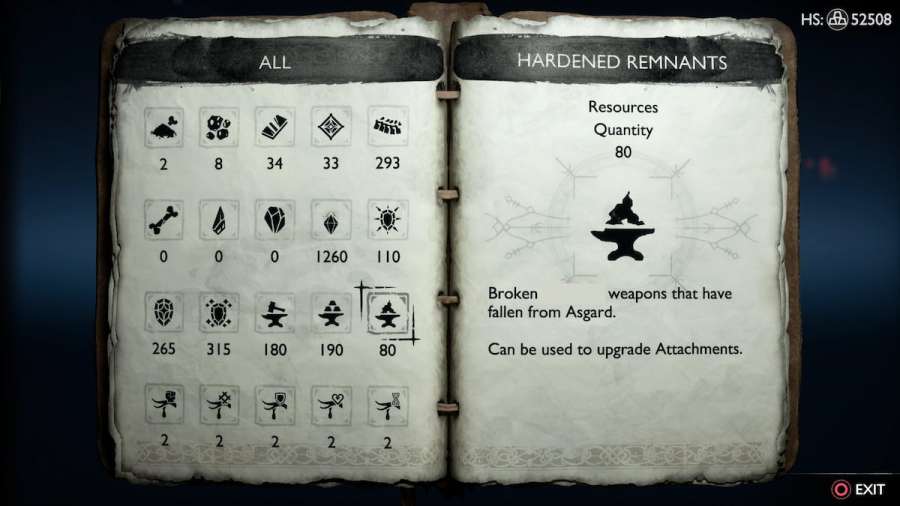 Where to find Hardened Remnants in God of War Ragnarok

If you're not close to the game ending, return to this article later to avoid spoilers ahead. Now that you're warned, you may proceed on your own accord.

When you obtain Hardened Remnants, use this material to craft or improve shields, armor, and weapons. It's a good idea to upgrade some of the best armor sets in GoW: Ragnarok and the Leviathan axe with this resource. So take your time dealing with Odin's fallen warriors, as you'll be handsomely rewarded!

For more information on God of War: Ragnarök, check out How to get Glowing Embers in God of War Ragnarök on Pro Game Guides.

How to get Hardened Remnants in God of War Ragnarok