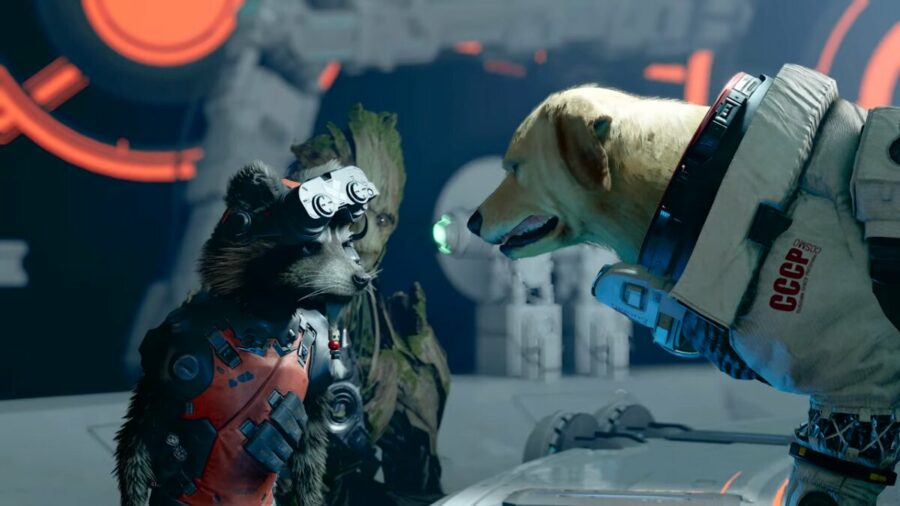 The Guardians of the Galaxy was announced back in June at E3 2021. It will be an action-adventure game starring the intergalactic group that consists of the alien-human hybrid Star-Lord, the daughter of the mad titan Gamora, alien Drax the Destroyer, Rocket Raccoon, and Groot. Players get to play as Star-Lord and decide what piece of dialogue to say, which will determine the outcome of certain events.

Related: What are the Guardians of the Galaxy game pre-order bonuses?

The latest trailer by Eidos-Montréal focuses on Cosmos the space dog, who is literally a dog in a spacesuit that can communicate with a translator. He brings with him his litter of puppies. He is requesting the Guardians' help in the trailer before coming nearly to blows with Rocket. The trailer highlights the wacky nature of Marvel's space lore and shows that the game will not be afraid to be silly like in the comics.