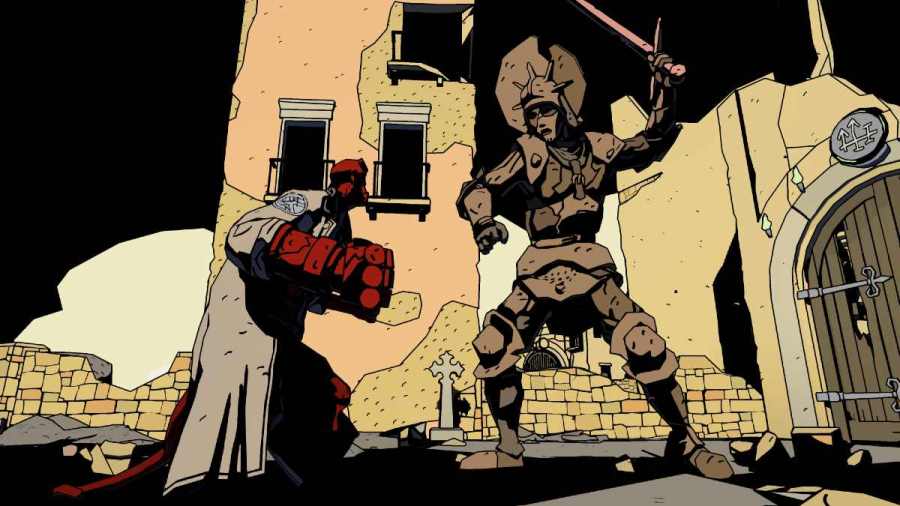 Hellboy Web of Wyrd is a roguelite action-adventure title first announced at the 2022 Game Awards. Hellboy is a comic book hero first introduced to Dark Horse Comics in 1993. The half-human half-demon detective has become one of the most popular Dark Horse characters, starting in graphic novels, then movies, comic books, and more. The last Hellboy video game to hit consoles was Hellboy: The Science of Evil in 2008, so the announcement of a new Hellboy game should be very exciting for fans. Here is everything we know about the title.

Everything we know about Hellboy Web of Wyrd

The unique graphics staying true to the original Hellboy comics will make players feel like they are taking on the original story right in Hellboy's shoes. Although not much is known about the game's storyline, Hellboy creator Mike Mignola being involved is a very good sign.

What is the release date for Hellboy Web of Wyrd?

What platforms will Hellboy Web of Wyrd be on?

The title will be released on all major platforms and will release on both current and next-gen consoles:

Related: What is One Piece Odyssey? Release date, platforms, and more

More information about Hellboy Web of Wyrd is expected to release in the future. You can check out the comic book-inspired announcement trailer from the Game Awards below.

For more on game announcements, check out What is Roots of Pacha? Release date, farming sim, co-op, and more! here on Pro Game Guides.