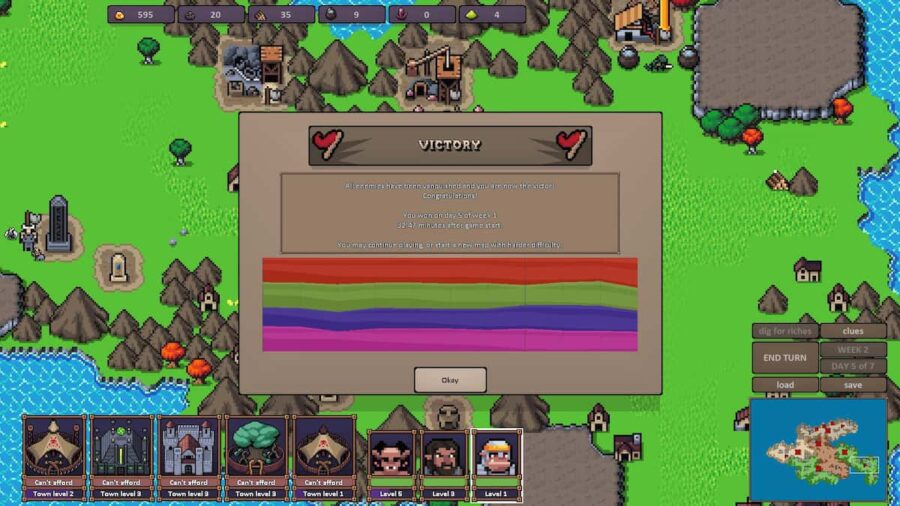 Hero's Hour is a strategic game, and to succeed, you will need to win battles against your opponents. Though Hero's Hour is an auto battler, you can also take various actions throughout combat.

How does combat work in Hero's Hour?

Hero's Hour is an auto battler, so the units will attack and move independently. But you can place your troops before the battle begins and issue commands throughout combat. You can click and drag enemies to place them on the field. Give commands via three different methods:

At the bottom right, you have the option to command your units to defend or attack. Defend will cause your units to stay back and not engage the enemy, while attack will command them to charge and attack enemies.

Tracking the flow of combat is done at the top of the screen by the colored bar. If you are winning, the color of your bar will push closer to the enemy, and vice versa if you are losing. What units are on the field and how many die in battle are tracked by their icons to the left and right of this bar.

Sometimes your army is too large to field all at once, and some units must be left in your reserves. The game will automatically select which units to place on the field, but you can switch out units from the field and your reserves before the battle starts. If you lose enough units, you can also pull more units from your reserves during battle.

How to battle in Hero’s Hour – Battling explained