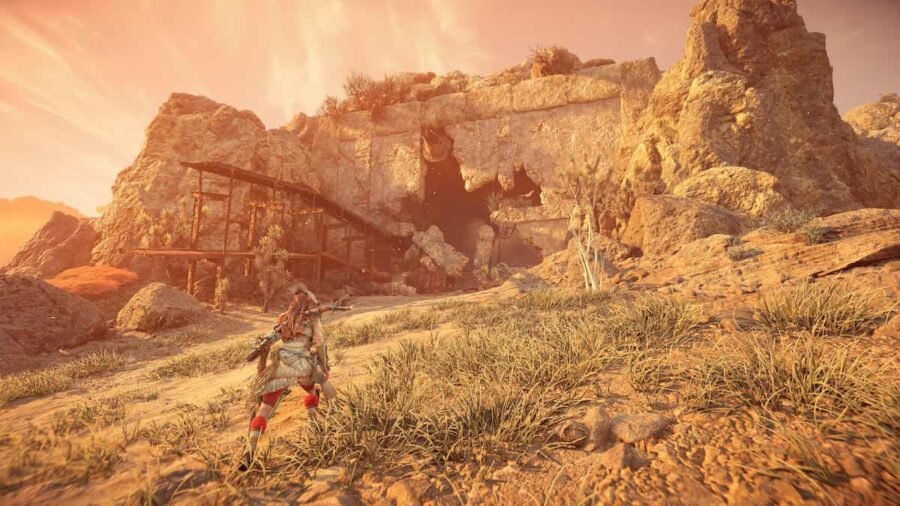 Some of the new challenges added to Horizon Forbidden West's map are called Relic Ruins. Relic Ruins can be found all over the map and will force players to complete puzzles and traverse obstacles to find the collectible held within each Ruin.

The Dry Yearn Relic Ruin is an easy one to miss. This Relic Ruin is technically underground, so it will not appear on the game's map until players approach it or hear about it by listening to gossip/rumors in a camp. Players will also need the Vine Cutter upgrade on their spear before they can tackle this Relic Ruin. The steps that will need to be taken to complete the Relic Ruins: Dry Yearn are listed below:

Where to find the Relic Ruins: Dry Yearn

The Relic Ruins: Dry Yearn is just to the east of the Scalding Spear camp. Travel this direction to find it on the game's map.

Following the steps above will lead players to this Relic Ruin's Key Module. The Key Module will be obtained in Step 7.

This Relic Ruin will not require a Door Code for its locked door and will only need a Key Module.

Related: How to complete 'The Daunt Relic' Relic Ruin in Horizon Forbidden West?

What is the reward for Relic Ruins: Dry Yearn?

All of the Relic Ruins in Horizon Forbidden West will result in players obtaining Ornaments. Which Ornament players get depends on the Relic Ruin completed. The Relic Ruins: Restless Weald will reward players with Ornament: Dry Yearn.