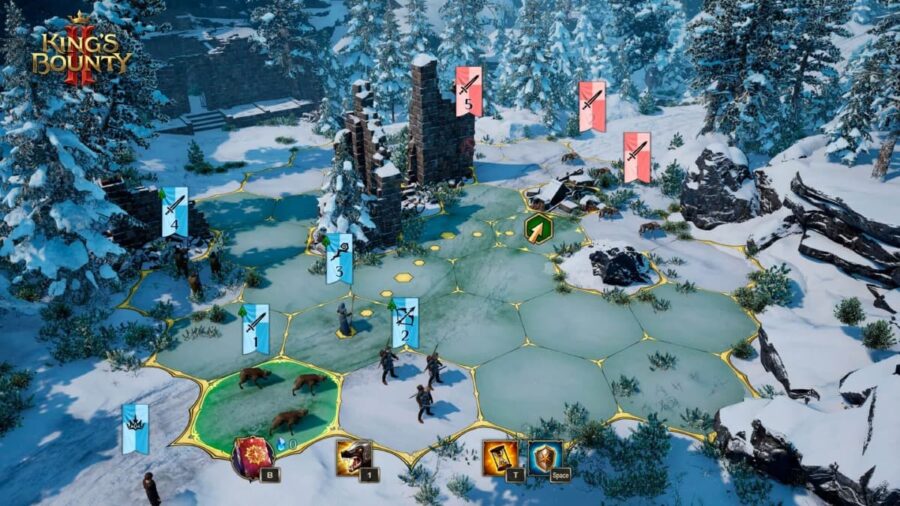 King's Bounty 2 will launch on several platforms this coming August, including XBOX ONE, PS4, Switch, and the PC. However, regarding the game launching on the Xbox Gamepass, there is nothing known at the time of writing.

On top of this, the developers haven't stated anything that would indicate a yes or no to the possibility of an entry onto the Xbox Gamepass. Because of that, we suppose the possibility could have a chance, but it still is just that, a possibility.

In the end, we feel it's not going to launch on the game pass as the game is only launching on last-gen Xbox consoles, but we will have to wait to see what the future will hold,

What is King's Bounty 2?

King's Bounty 2 is set in vast a fantasy world that plans to bring an adventure on the scale of the Witcher series but in a turn-based 3rd person RPG hybrid format.

Players can play as one of three characters, one of which is a melee-focused character called Aivar, while the other is a magic user and one that has yet to be revealed.

Factions and quests will also play a strong role throughout the game, and you will be able to build a decent-sized army and form alliances with said factions.

Players can also claim structures, fight countless battles, and gain resources, complete quests both side and main, and get involved in a vast overreaching storyline and plot.