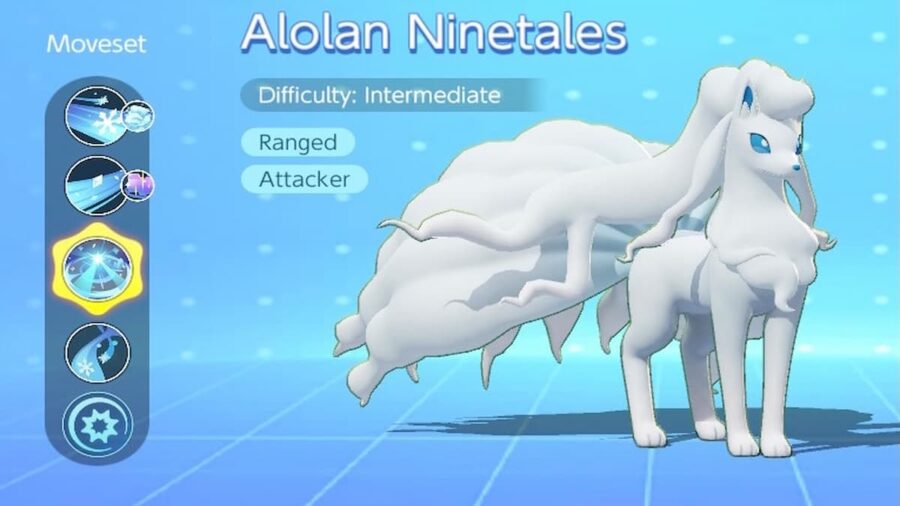 In Pokémon Unite, the Attacker class of Pokémon have low endurance stats, but evidently excel at dealing heavy ranged damage to their enemies. With this build, players will glide through the battlefield with Alolan Ninetales in an elegant, but aggressive way.

Alolan Ninetales' Special Attacks and passive ability, freezes enemy Pokémon in their place. Stay with the team until fully evolved, then no enemy will be able to evade Alolan's wrath! Level up by increasing attack speed and scoring points, little by little. Check out our best Alolan Ninetales build in Pokémon Unite.

Decrease the opponents movement speed, increase the movement speed of the whole team and trap the enemy Pokémon, before activating Alolan Ninetales' Unite Move. Snow Globe attacks with chilly snow and ice. This ability does massive damage to a large area of effect and increasing damage to Pokémon that are frozen.