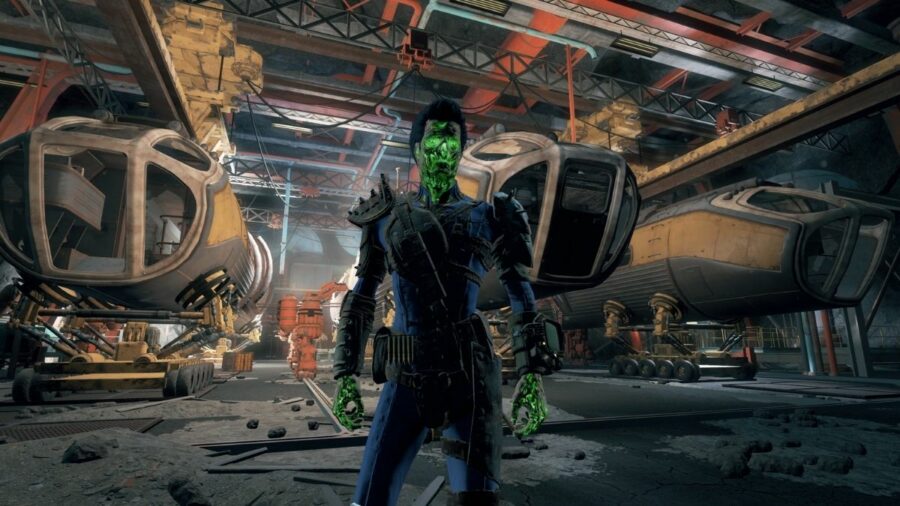 One of the most interesting things that sets Fallout 76 apart from the other games in the series is that it has mutations. These handy little things are like add-ons for your character's existing traits. Some of them are better than others, however, so we are here to tell you some of the best to choose!

Below are our top five picks from the mutations available in Bethesda's online, multiplayer Fallout title. They are not ranked in order, but rather just as a list of the best ones overall.

This mutation is great for players that focus on "Bloodied builds". It provides a Health Regeneration perk, alongside a Damage Increase which kicks in when a player's health bar is getting low. If you really know what you're doing, you can effectively take purposeful radiation damage so that your health bar stays low, which then increases damage constantly as well as working alongside the health regen!

This mutation is handy, but is also admittedly a little bit of a strange one as it is only effective in certain circumstances. With the Chameleon perk you will turn Invisible when stood still and unarmoured. Now you may ask, why would I need this? And we hear you, except imagine you just need to go grab a quick coffee or a bite to eat during your gaming marathon. Instead of having to come out of the game and load back in, you can disrobe for a few minutes and not attract attention to yourself from enemy players or, you know, Deathclaws!

Speed Demon is half self-explanatory, and is really handy if you want to be a speedy vault dweller out in Appalachia. You gain a 20% Increase perk which works in terms of Movement and Reload time. So running and reloading become way quicker! This does naturally mean that food and water is consumed more regularly and the hunger and thirst bars deplete quicker, but we think that is a fair trade off!

Marsupial comes with a drawback, but is mostly a really great mutation to use. Your carry weight will Increase By 20, helping to curve that pesky over encumbered moment! Along with this you will also be able to Jump much higher which is great for fights, and general dodging. It is also fantastic for accessing areas you wouldn't usually be able to reach, the caveat mentioned earlier is that it is accompanied by a -4 Intelligence Decrease. So don't think you'll be outsmarting people as easily with this mutation on.

This mutation is unbelievably effective, and really is a must-have. Your character will gain a 300% Health Regeneration Increase, meaning that you will definitely become a force to be reckoned with! It does mean that Chems become less potent when used, but once again we see this as a fair trade off. This can also be improved if you also have the Class Freak perk - so it is pretty much just a win win.

Those are what we think are some of the best mutations in the game. Looking for more 76 help? How about checking out all the workshop locations in Fallout 76?