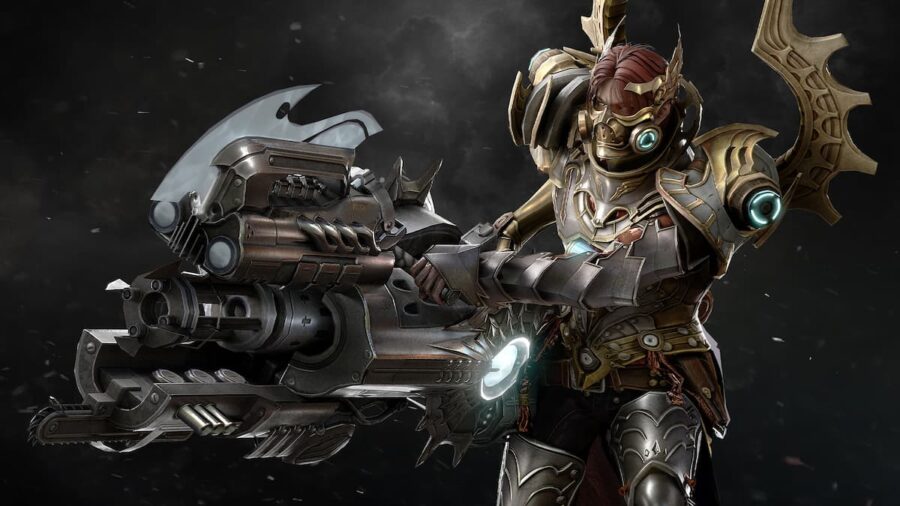 The Artillerist is the heavy-weapon wielding tank of the Gunner class in Lost Ark. They deal massive amounts of damage with their big gun from a distance and withstand lots of incoming attacks. To get the most out of the Artillerist advanced class, you will want to make sure you are running the right build. Here is our Lost Ark Artillerist Build Guide.

The Artillerist is a force to be reckoned with on the battlefield. Its high-damage ranged attacks and high survivability make it one of the most rewarding advanced classes to play. The only drawbacks of the Artillerist are the long attack animations and lower mobility. Luckily, the Artillierist's Identity Skill helps outweigh these slight cons.

The Artillerists Identity Skill charges up your Firepower Gauge. When this gauge fills up, you can enter a large stationary turret. In this mode, you will have access to a bunch of high-damage attacks until the gauge is depleted. This is why you should strive to fill up your Firepower Gauge as often as possible. Your build should work to increase your effectiveness both in and out of the turret.

The Berserker will perform best when your build focuses on maximizing the overall damage output of the class. While this specific setup does lack mobility, it’s ideal for players looking to do huge AoE damage from a distance. Players will receive skill points each time they level up. Players should work toward the below build as they level up to 50. We recommend you first max out skills that you use most often or are the most powerful, then fill in the rest of the skills from there. Players can reset their skills at any time, so feel free to play around with maxing different skills.

Once you’ve reached level 50, you can start taking advantage of Engravings. Each class has two Class Engravings that slightly alter the way your class functions. For Artillerists, these are Barrage and Firepower Enhancement. We recommend that players use the Firepower Enhancement, as Barrage is not really viable due to its movement lock.

You will also have access to some general Engravings that can further increase the Artillerist's damage. These can be leveled up a maximum of three times and activated using Engraving points on rings, necklaces, and earrings. Below are a few great Engraving options for Artillerist.

Related: How to level fast in Lost Ark?

Awakening Skills are extremely powerful abilities that have longer cooldowns. You will unlock these by following along with Beatrice’s post-level-50 questlines. Each class has two unique Awakening Skills. However, only one can be equipped at a time. We recommend you use the Missle Barrage Awakening Skill, as it is capable of doing the most damage and refilling your FIrepower Gauge.

This is an all-around Artillerist build, but keep in mind that there are builds that are more focused on specific types of content. Builds are somewhat subjective, so feel free to tweak this build to fit your playstyle as needed.